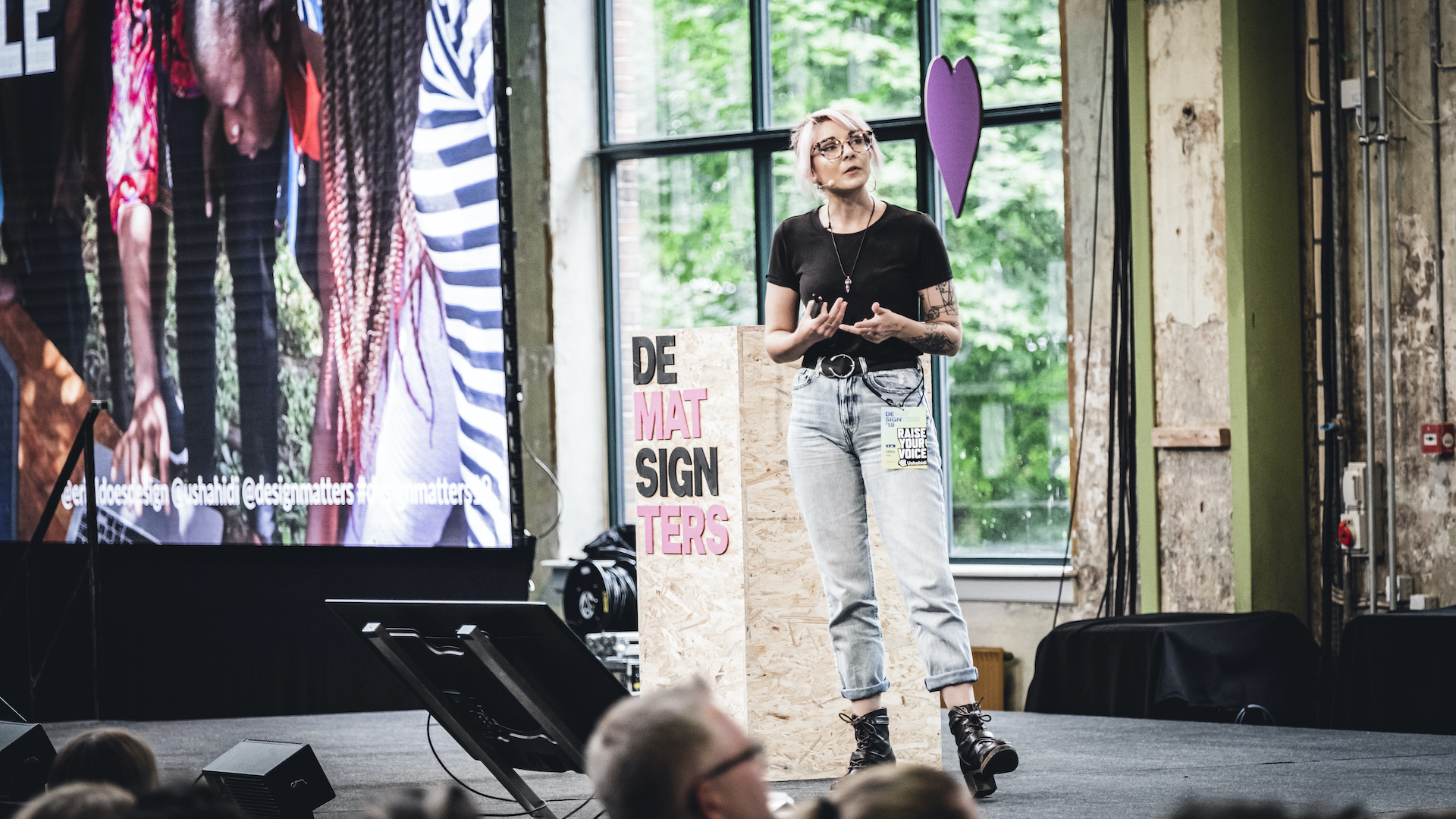 Eriol Fox was working as a designer and volunteering at a local community centre, leading cleanup projects, homework clubs, and music and art projects. But it was when Fox moved to a new city to care for a sick relative that they started thinking there must be a way to combine both a love of design and social justice projects to make a living.

So Fox made a decision. If they couldn’t find their next role in a social good movement, then Fox would leave the world of design and find another career path.

“I had this desire to do good with the work I’m doing in design and commercial work just wasn’t fulfilling me,” Fox said.

Fox applied for a role with Ushahidi, an open source organization that did a lot of projects around human rights and democracy across different parts of Africa. “It really felt natural moving into that role.”

Now Fox is working with the Open Food Network on sustainable food systems and open source software. “I’ve really moved firmly into that human rights technology side of things from a design perspective. There’s plenty to do. It’s a hugely underserved sector from design.”

Fox will be talking about their journey in design for humanitarian projects at the next uxWaterloo virtual meetup Jan. 21.

Dealing with trauma in design

It was while working at Ushahidi on a peace building design project that Fox began to build their own resources around how to deal with trauma in design. Fox’s design task was to look at peaceful activism around the world and the activities that people do to promote peace and the role technology plays in that. The work took Fox to Kenya, Rwanda, Romania, and Kazakhstan — all places where people had experienced trauma and violence. Fox began thinking about their own experiences of trauma and how that helped or hindered them from relating to the people they were working with in their role. 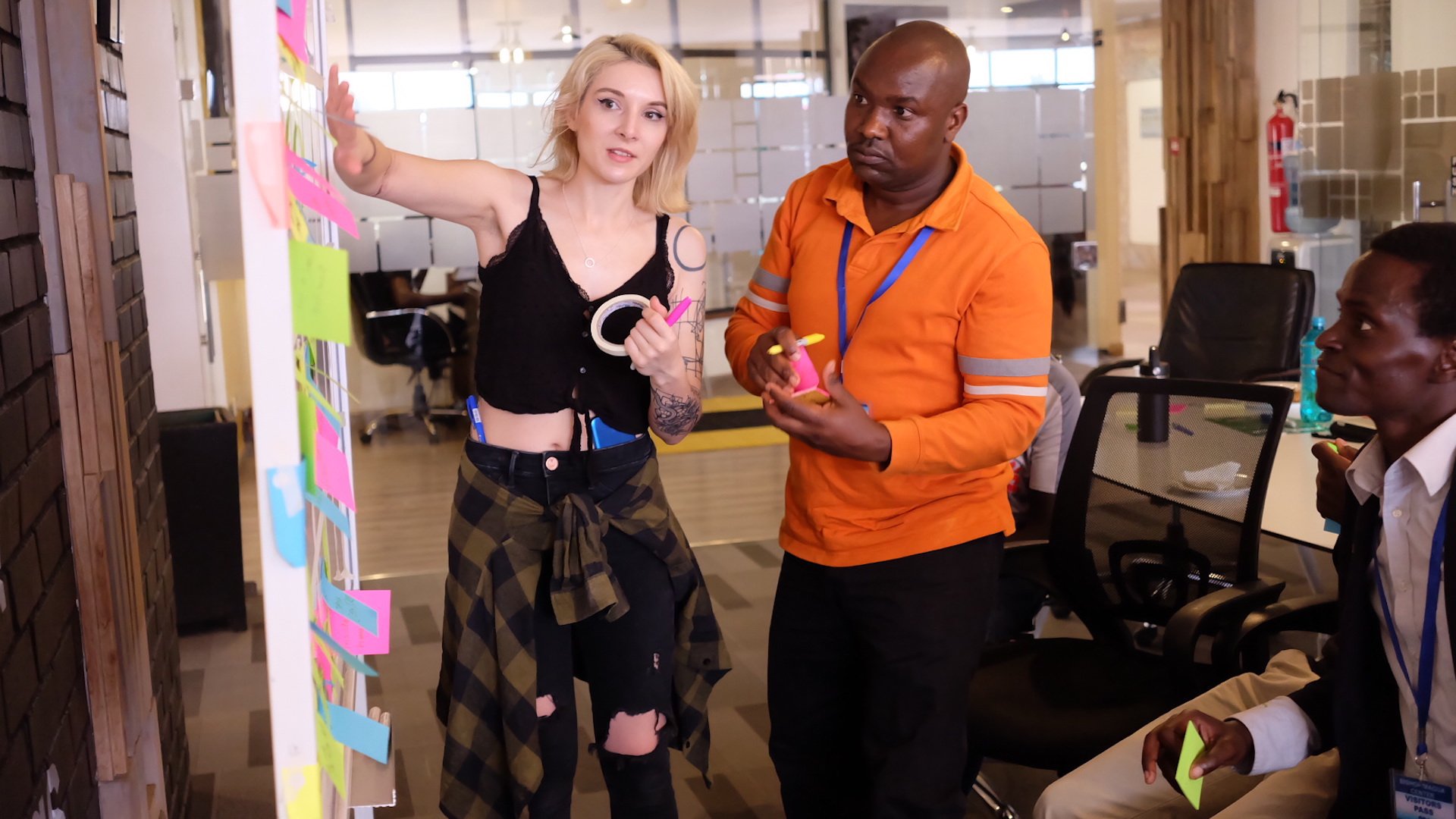 Then Fox became interested in the tools that designers use in their work and the ethics of using tools such as journey mapping in a clinical way with people who experience trauma.

“A lot of designers and user researchers say they get to deep and meaningful topics [from user journey mapping] but really a lot of the services we design for, there are a lot of the innocuous things that could get into traumatic territories,” Fox said.

Part of Fox’s uxWaterloo talk will offer tips on how to ethically conduct UX research and design in places where people have experienced trauma.

Moving into the design for social good space

Tech for good has become a global movement and Fox said young designers often approach them after their talk and ask how to move into the space.

“I tell them, you can do that while you still work for your commercial organizations. Have a conversation with your agency, your company, and ask them what your role could look like if some of your hours were dedicated to working on a ‘for good’ project,” Fox said.

But any designer who wants to move into the space should know that it’s underfunded from both a technology point of view and design point of view. There are not enough designers working in the space, said Fox, and often designers working for non-profit organizations, NGOs, and charities wear many hats, doing advocacy work and fundraising for example on top of their regular design work.

“If you think it’s difficult in the commercial space to advocate for good design practices, times that by 100 in the non profit space because it’s so much harder to do the advocacy work because you’re very bootstrapped and it can absolutely wear on your love of the justice part of it,” said Fox.

And most of the work is more humble than the big shiny projects some designers show off. Instead of designing for AI, for example, you might be making sure texting works really well in the platform you’re designing. It may not seem flashy and exciting but those small things often make the biggest impact, said Fox.

And while the tech world often focuses on quick results, the opposite is true in the non profit world, where the pace is slower and the work is intentional about not excluding anyone. That slower pace can be challenging for some designers who are used to iterating on projects and seeing quick work.

But despite some of the challenges, the community of designers who care about tech for good, open source, and human rights centred design are key reasons why Fox said they’re not burned out.

“There are more and more designers who are part of the process of making stuff for humans that are willing to have more complicated discussions than ever before and willing to support each other,” said Fox.

“There’s a trend that’s increasing in the design community where designers really want to have these conversations and they want to support each other. My bet is really heavily on the generations that are coming up and their ability to carry on the torch. I have a firm belief and faith in this generation with what I see happening and that’s why I stick around.”

How to make sure websites perform well for everyone