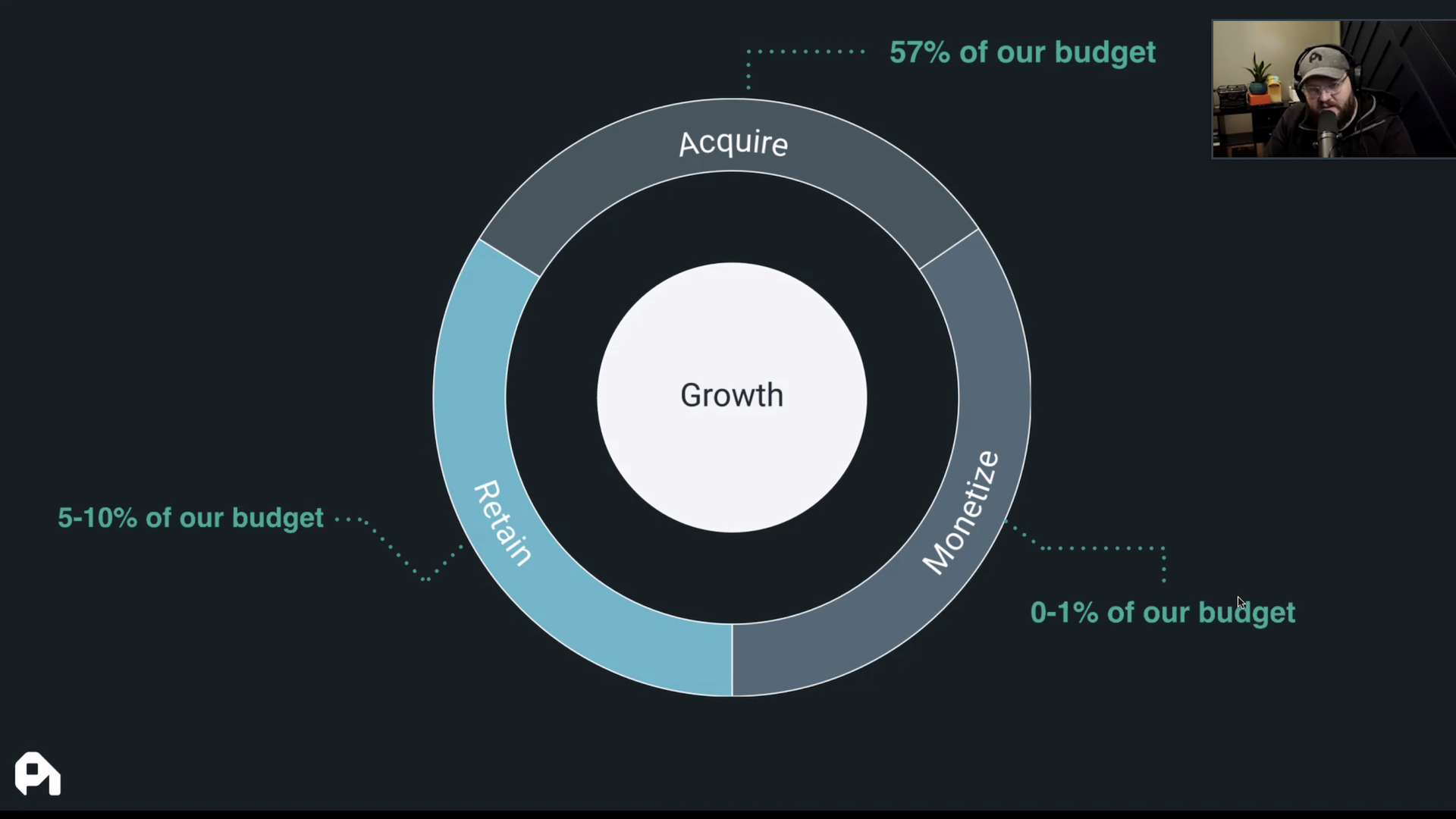 Have you ever bought a cup of coffee and wondered how much it actually cost the company to produce it?

Whether you’re buying your coffee from Starbucks or Tim Hortons, you’re likely not thinking about how much it cost either company to produce your morning cup of java.

What you probably are thinking about is getting your caffeine fix, how the coffee tastes, and maybe even which country those dark roast beans come from.

How customers define value isn’t always tied to cost. But most companies treat them as if they do.

In the most recent ProductTank Waterloo meetup, ProfitWell CEO and co-founder Patrick Campbell talked about why that approach isn’t always the best one to help companies grow along with some tactical strategies that actually do drive growth.

But gone are the days where companies could successfully spend to attract new customers as a way to grow.

That strategy doesn’t offer the same payoff anymore, and yet companies still use it, spending more money to attract new customers than anything else, including engineering and operations, said Campbell.

While getting new customers is an important budget line item, it ignores what Campbell calls other “levers” that help businesses grow better. Businesses that spent more time moving existing customers from a freemium model to paying customers, for example, or getting customers to sign long-term contracts saw both more revenue and fewer customers cancelling and leaving their service, said Campbell.

And not by a little bit either.

ProfitWell, which uses data to help companies grow, crunched the numbers and found sometimes the revenue boost from those tactics were four to eight times higher than the revenue generated from companies simply focused on landing new customers.

That’s not to say that companies shouldn’t spend half their budget on acquiring new customers, but the time and effort they put into other areas that lead to more revenue is “embarrassing,” said Campbell.

How businesses should approach growth

It really boils down to how companies approach growth, he said. Many companies don’t put their product at the centre of their business, or pursue a product-led growth model.

“There are some product organizations out there that are very passive, they become more about project management,” he said.

That passivity spills over to what product managers and product teams do, or rather don’t do, to help their business grow. Product people don’t do enough customer research and so they don’t understand what their customers see as valuable in their product, and are willing to pay more for, said Campbell.

That brings us back to your morning cup of coffee.

The lesson if you’re not a company selling coffee? Find a new feature that has a high value for your end user and that is also one they’re willing to pay more for, and use that as your growth engine.

That’s how you separate your business from your competition and launch a successful product in a competitive market that’s full of noise. 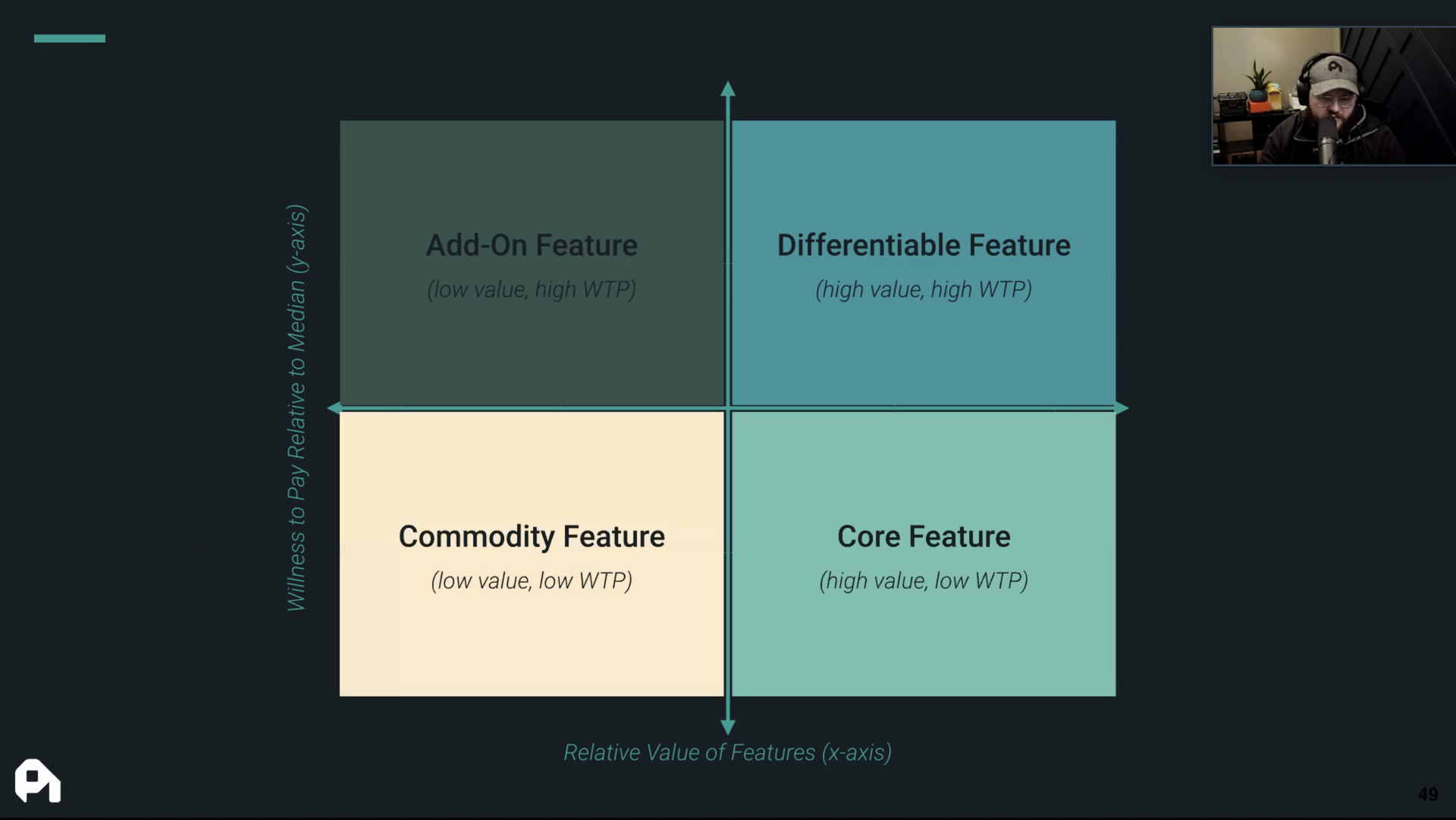 (Image caption: A matrix that shows an x-y axis of relative value of features and customer's willingness to pay for them.)

Customer research isn’t complicated, but it does take effort so many companies don’t do it, said Campbell. But the ones that do, will validate their product and make sure they’re driving in the right direction.

Along with making sure you’re doing your customer research and understanding your customer segments, Campbell said companies should also pay attention to their value metrics. Value metrics are what and how you charge for your product (like when an internet company charges you a monthly fee based on your internet speed — if you value high speed internet, you’re likely willing to pay more for it).

“Value metrics, the reason they’re so powerful, is that they bake growth directly into how you make money,” said Campbell.

“If you get everything else wrong with your pricing but you get your value metric right, you’ll tend to be OK.”

Getting your value metrics right is a practical, but powerful way to grow, said Campbell.

Just before the meetup ended, Campbell offered other advice around tactical strategies companies can use to grow:

Term optimization. The only time companies ask people to upgrade their plan is when they sign up. But you want to ask them again after they’ve seen the value of your product, he said, because longer term contracts lead to lower cancellation rates — annual contracts have 30 per cent better retention rates than monthly contracts.

Add ons. If your customers already love you, it’s easier to get them to buy more from a product or service they already love and value.

Discounting. In short, don’t offer deep discounts. Companies that kept discounts lower than 20 per cent saw a smaller churn rate than those that offered deeper discounts. Why? Campbell said it’s because those customers are not ready.

You can still discount, but just make sure it’s not a deep one.

Good user experience design, support, and brand. All of them correlate with a higher willingness to pay (sometimes by as much as 20 per cent), which wasn’t the case six or seven years ago, said Campbell.

Test your positioning. If your product or company has a churn problem, you might have a positioning problem. But rather than testing positioning, companies will hire a customer success lead to stop the leak when they should focus on building a great product instead.

“Cancellations, product value, these types of things, these are product problems that need to be solved,” said Campbell. Hiring someone focused on customer success doesn’t lead to less churn.

While there is more noise out there, there is also more opportunity for companies to truly differentiate themselves based on how good they are, said Campbell.