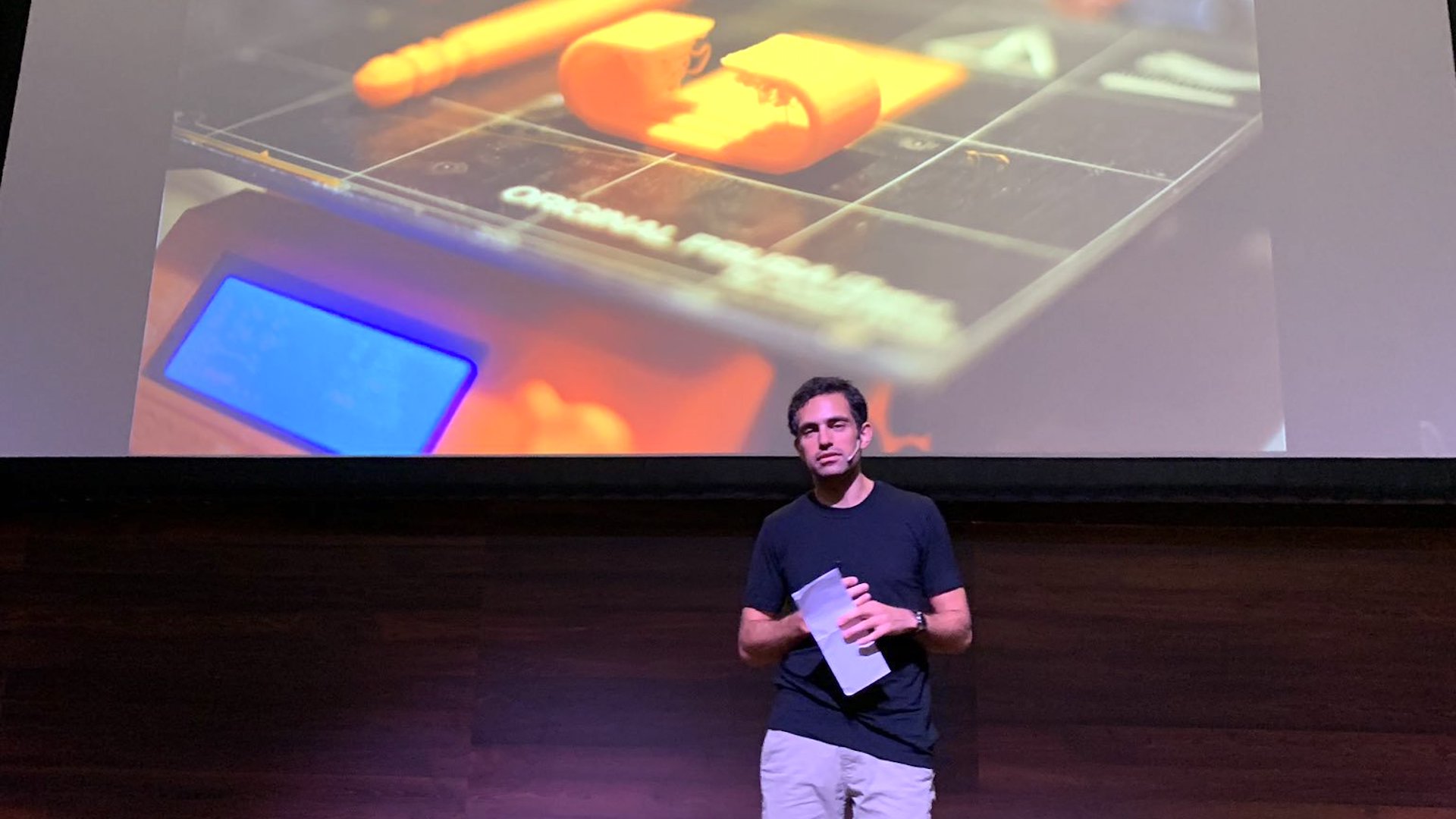 It’s perhaps rare that anyone going to a user experience (UX) design conference will leave starting to pick apart the big questions in life: How does the future look? What is our purpose and role in that future? How can we create a more inclusive world?

But that’s what happened at Fluxible Conference last weekend, for me anyway.

I’m not a UX designer, but I couldn’t help coming away from Fluxible compelled to think about how our world is designed, who it’s designed for, who it’s not, and how we can change that — all of us, not just designers. It was empowering and inspiring and everything a conference should be.

And I know others felt the same.

“One of my absolute fave conferences now, still processing how much I learned, and how connected I feel to many new people I met. This is what it is all about people — connectedness, inspiration and chances to raise the bar,” speaker Meena Kothandaraman tweeted after Fluxible.

Added Susana Johnston on Twitter: “Just looked at my notes from Fluxible, Canada’s top UX happening. So much to unpack and apply.”

We are always designing for normal, Tea Uglow, director of Google’s Creative Lab, told the audience. But who is outside of that?

Often, it’s people who have been forgotten elsewhere as well.

“If your data doesn’t exist, you don’t exist. If you don’t exist, how will anyone know?”  But user experience designers have the power to change these things. “Everything is adaptable,” Uglow added.

And so, as much as Fluxible Conference cast a spotlight on where the world fails the people outside of the bubble, its speakers also showed us that it doesn’t have to be that way.

Fluxible Conference put the humanity back into what UX designers do — from Kothandaraman asking UX designers to have empathy and keep their work human-centred to London, Ontario emergency room physician Tarek Loubani showing us what humanity looks like, on the front lines in Gaza and on a stage in Waterloo.

“I’m 100 percent sure that no one in Gaza is thinking about usability, but when it hits, the people who do help,” said Loubani, of treating patients during protests in Gaza.

Loubani works with the Glia Project to develop low-cost 3D-printed medical devices that work just as well as their expensive counterparts. Those low-cost devices are used in places that may not have the resources to otherwise produce them, such as war zones.

Loubani was standing on the edges at one of those protests in Gaza in 2014 waiting to treat patients if needed, when he was shot in the leg. A medic friend used a tourniquet Loubani helped develop with Glia to stop the bleeding. The tourniquet has helped save patients who often die from what is a treatable issue: excessive bleeding. His medic friend was shot in the chest later that day and died. He was married with four children.

After, his medic friend’s wife asked Loubani: You’re single. Why didn’t you die instead?

It was an emotional talk, one that forced us to think about the people that many of us have forgotten: Those who live with violence every day.

It was just one more way that Fluxible made us embrace discomfort.

Diversity was woven throughout Fluxible Conference — not just in the topics covered, but also in the musical performances between speakers.

Like many of the topics covered at Fluxible, the musicians were also outside of the mainstream bubble. The interstitial music featured everything from a foot-operated tuba to Balinese gamelan music, cellists, a musical improvisor and percussionist, and a flamenco dancer and guitar duo performing together for the first time — people who are outside of the traditional music scene but add rich value to our understanding and appreciation of what counts as music. We wouldn’t know how incredible it is to watch and listen as a musical improvisor takes the noise around us and turns it into music, or how exhilarating it is to watch a flamenco performance live, or how much any of these genres of music have to offer us, if we didn’t look beyond the bubble.

Fluxible is about encouraging us to take off our blinders and look around.

We often design for the norm, whether that’s our education system, our roads, or our realities. We forget about the people outside of the bubble. But the speakers at Fluxible showed us that life is better for everyone when we design for the outliers. That’s the sweet spot, not the middle. It’s a powerful message and one we all need to hear — UX designers or not.