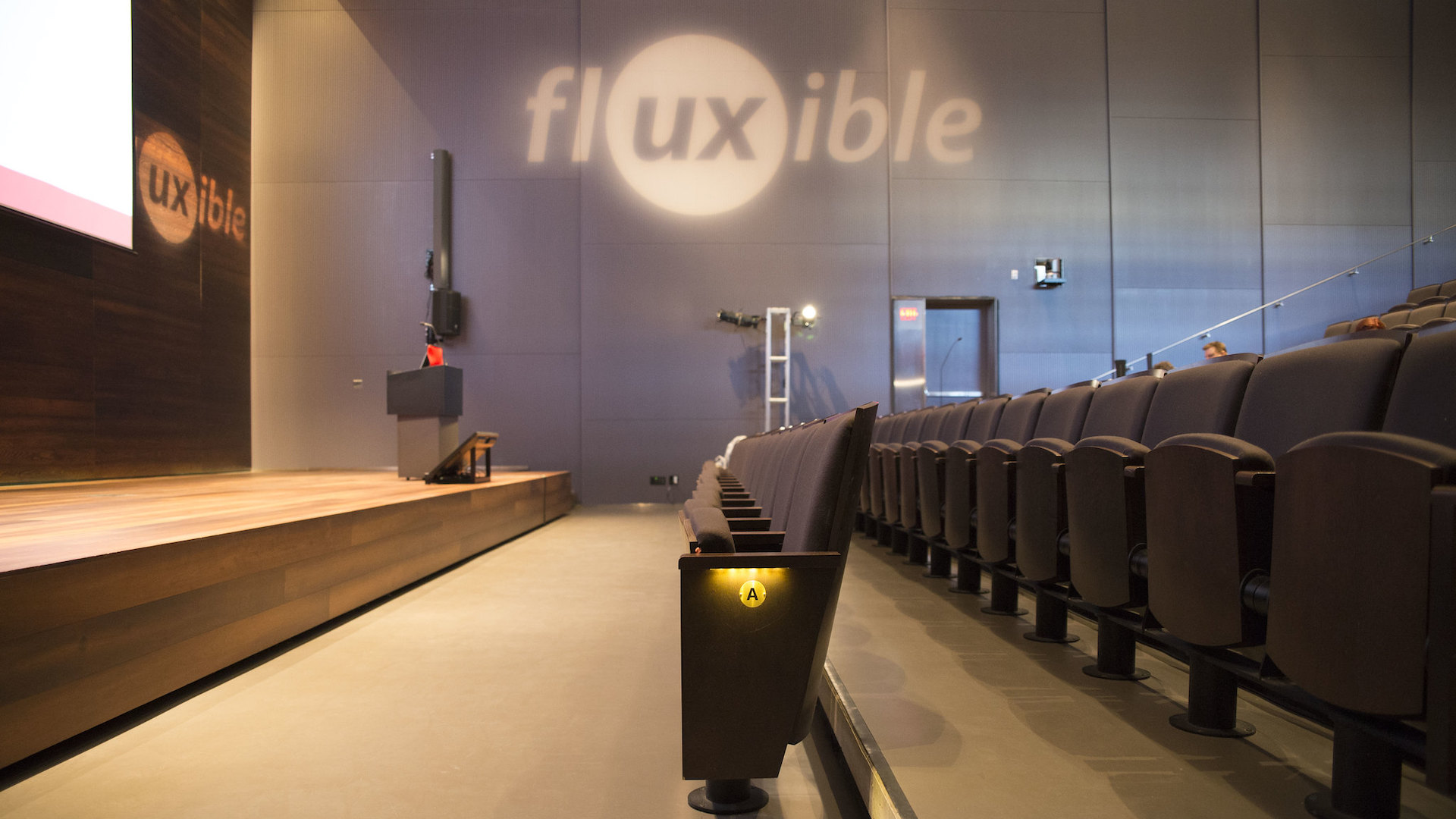 The future of design is human

As an in-person conference, Fluxible, Canada’s UX festival, is known for its curated experiences. From artisanally washed water bottles to on-the-spot posters highlighting speaker talks and musical interludes that give participants time and space to think.

But online, the experience is just as curated, with fun fitness breaks to get participants on their feet, and public service announcements from UX experts on everything from content to research. And then, of course, there are the speakers.

During Fluxible last week, participants heard from speakers who pushed us to look beyond ourselves and our realities, whether we’re designing public spaces or designing from a South Asian perspective. The talks challenged UXers to be better and push for better, in their organizations and their designs. It’s not enough to talk about how we think design can change the world. We need to change the world with design. It’s not the first time Fluxible speakers have urged us to design for a world that’s different then the one we might know. But design leader Aaron Irizarry pushed those who attended Fluxible to take what they’ve learned from it and do something with that knowledge.

Sometimes it’s easy to stay insular in our space and our world, said Irizarry in summing up the Fluxible talks. But we need to think about design on a global level, he said.

“We need to understand the impact of our choices,” said Irizarry, “because everything is by design.”

What he meant was that design isn’t accidental, it is — or should be — intentional. So what are the outcomes we’re pushing for with our designs, he asks? And if they’re not the ones you can get behind, how are you pushing back?

“It’s up to us to be the voice to say, ‘This may not be OK. It’s something we can do, but is it something we should do?’ ” said Irizarry.

In short, Irizarry didn’t let designers attend a virtual conference and go on their merry way. It’s not enough to listen to the talks at Fluxible, he said, it’s up to you to bring them to your organizations.

Designers can be change makers. Irizarry dared them to. Other speakers did too.

In her talk about generating allyship and trust in an organization, Ana Sofia Gonzalez said when she first moved to Seattle from Mexico to join Microsoft, she was alone in a strange (and rainy) city, and unsure how to navigate her work culture. Then one day she got an email from a group of Latino and Hispanic employees inviting her to connect with them.

“I finally felt like I was fitting into a puzzle,” said Gonzalez, a senior UX designer.

Her participation in the group compelled Gonzalez to grow an allyship program. At Fluxible, she encouraged other designers to create cultural initiatives in their organizations, too.

“Be the leader you would want to have,” she said.

Irizarry was moved by Gonzalez’s story. He shared how his father and uncles entered the U.S. from Cuba as political refugees. When he thinks of allyship, Irizarry thinks of his uncle who couldn’t graduate high school until he was almost 20 because he didn’t speak English well enough. His uncle had a job at a Chinese restaurant, and one of the line cooks taught him English a little bit every day. About six years ago, Irizarry’s uncle retired as a head of IT at Macey’s, a U.S. department store.

“Someone took the time to teach him English. One small step, one little bit of inclusion, season that with a little bit of belonging and responsibility, and it helped put him on his way,” said Irizarry.

“If anybody is equipped to solve for a world that has more equitable outcomes, it’s designers,” he said.

And designing for equity starts with the way we design our hiring practices.

In her talk about the design of diversity and inclusion, Ren Navarro, who founded Beer. Diversity, said that so often we expect diversity to fit into a neat little box, but it doesn’t work that way. People fit into many boxes. So think about the language your organization is using.

“What if, instead of using ‘diversity’, we said ‘underrepresented people’? That’s something that lives and breathes and moves,” said Navarro, who coaches beer companies on how to be more inclusive.

And think about language when you write job ads, she added. Consider: If your job ad asks for three or more years of experience, women will ensure they have at least that much, while people in underrepresented groups will ensure they have twice that. White men will apply if they have half that experience, said Navarro. So if you’re not getting a lot of hits on your job ads from underrepresented groups, it’s probably the language you’re using, she said.

You may not think inclusive organizations and job ads are the responsibility of a designer, but these are all issues designers can, and should, be championing. Design shouldn’t stop with a product launch or after a mobile app has been developed.

“It’s easy to say that’s not my job, I’m a designer. And I would say, that’s not true. You’re a designer, that’s the entirety of your job,” said Irizarry.

Design needs to champion issues of sustainability, equity, and consumer rights, said Ayush Chauhan in his talk on designing from a South Asian perspective. That requires independence and autonomy.

“We need to give design the ability to question,” he urged.

If designers aren’t empowered, how can they design products for people that will compel them to push back? It's OK to push back, Irizarry told those who attended Fluxible. If UX is to grow up as a practice, it must.

Indeed it is. When it’s at its best, design is intentional and purpose-driven. Designing outcomes in a thoughtful way is the best thing designers can do for their field, and for the people they’re designing for. The speakers at Fluxible drove home that point. It’s up to us now to not just listen, but push the conversation forward.

Learning from other UXers

How to build successful products with continuous discovery