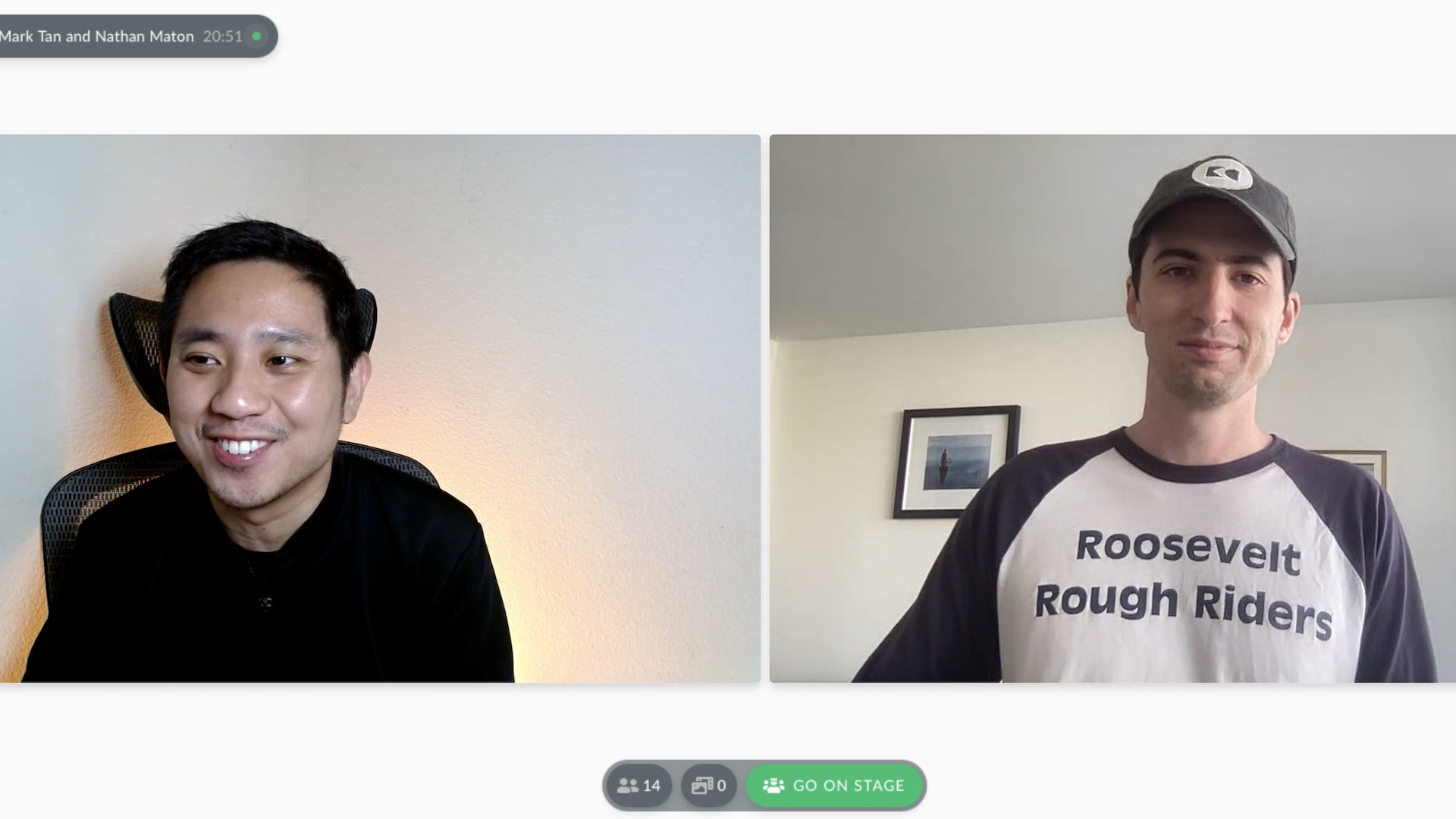 How to find the right community for your product

It can be hard to find the right community for your product. Potential customers may already be out there desperate for what you’re building, but how do you connect with them and leverage their interest and desire for your product to really drive your success?

During our last Zeitspace Session, Mark Tan and Nathan Maton, who have helped build community at some of the top tech companies, joined us to talk about how they did it — and how you can too. Tan has led product and growth at Amazon and Twitch, and is now doing the same for Wyze, a consumer tech startup , while Maton has led community at OpenIDEO, Khan Academy, and Google.

Tan and Maton explored how building a tight community feedback loop can help you discover your early adopters and turn them into evangelists of your business as you launch your product.

How community-driven product development can help you drive growth

If you’re not sold on the benefits of community-driven product development, consider this: Maton predicts that in about 30 years, nearly 90 per cent of new products will be developed alongside a community of users.

“We can have the right input from the right people at the right time, easily enough,” he said. “And it's not just focus groups and user interviews, which are great, but you're really able to build and co-design things with people. And I think that's the way of the future.”

Maton and Tan believe in community-driven product development because they’ve seen it work. Maton had a community role at Google where he tapped into three billion users to keep getting better. And at Wyze, where Tan helms product, the consumer tech startup has seen had more than 30 app updates, has built and released more than 30 devices, has more than five million paid users and has a community of more than 100,000 — 10,000 of which act as beta testers. All that has helped Wyze raise $110 million in Series B funding recently.

So how do you integrate community into your product lifecycle? The product lifecycle can be broken down into several stages: ideation, development, testing, and launch. One way to get your community involved in the ideation phase, for example, is through brainstorming sessions that you open it up to a wider audience, said Tan. Instead of interviewing five or six users in a Zoom meeting, post a public poll or survey in a forum where you know your community spends time, said Tan. Doing that opens a bridge between you and your community, allowing you to gather more holistic feedback that will help you improve your product.

You can also include your community during the testing phase, he added. As you’re building, at some point you’ll reach the stage where you’re validating your product. Invite people outside the company to test your idea, just make it clear that this is a prototype and not a polished product. At that stage you can course correct if you're moving away from the core value proposition of that product, said Tan.

“And then finally, during the launch — this is where it gets really fun — what we do in our company is we collect qualitative feedback from our customers,” said Tan. Wyze combines that qualitative research with quantitative testing and each product gets a score. If the score is high enough, Wyze launches the product and asks customers to offer testimonials.

Each step develops a feedback cycle to help you get to the finish line, said Tan.

When you're thinking about building a tight roadmap with your community, the most simple place to start is with a beta program, said Maton. When he was helping launch products at Google, they had different phases that involved different users.

“That was really an important part in helping you see what's working and what's not working,” said Maton.

Most companies today focus on bringing in early testers, but co-designing with your community is more than that, added Maton. It means that you bring in users and think of them almost as co-workers.

When you’re trying to get people involved and really engaged with co-designing a new product with your company, think about what would motivate them to participate. In the business world, money is often the default, but Maton said there’s a wide variety of things that motivate people. Sure money is one, but so is curiosity, reputation, and social status. Map those out and figure out which one different users fall under, he suggested.

Pitfalls of co-designing and how to address them

It can be chaos when you’re co-designing if you don’t have a structured process in place, said Maton. The other problem is if companies aren’t trying to solve the right problem, they’ll never find the right solution.

When he worked at design agency IDEO, Maton said they spent probably 40 per cent of their project time making sure they had the right question that was refined and specific so that people could brainstorm around it and provide great solutions. Once they had the problem specified, another group would try to poke holes in the problem itself.

“So we invested even more time in the problem framing,” he said. “And then after that, we said, ‘OK, now we think we see these different themes emerging between this big crowd that we're working with, and our team and organization… And so we co-designed in a way that allowed people to have some structure. It was on three specific focus things that the organization felt would be useful.” After the brainstorming session, Maton said IDEO would evaluate ideas as an organization and offer input. Only then would they focus on specific themes that would feed into a prototype. Having such a structured process allowed co-designing to run much more smoothly, he said.

It can be tricky when you’re co-designing to balance customer requests and not over-promise, said Tan. It can be hard to say no when a customer asks for something — especially if they’re one of your main customers. But it all comes down to being transparent about your roadmap. Make it clear that you have to prioritize a growing list of requests by how scalable the solution is. Sometimes you can focus too much on one request, so consider the impact it’ll have for all of your customers. Will it help you build more products? Whatever you decide, explain your decision to your main client.

Managing expectations when you get feedback

One way to manage expectations when you get feedback is to put up a partial roadmap publicly. Wyze does that so customers can see where the startup is with that particular request. For example, if your product is mobile only, you may have customers who want a desktop version, or real time streaming via a desktop version of your product. At Wyze, more than half of customers have asked for those features. But Tan said they have no intention of prioritizing that request. Why?

“Because we know that when we distribute our resources, the quality will suffer short term for the key product that we're focusing on. So instead of just not saying anything, we're saying no outright. We put out a public statement to say why we're not working on it. We post it in our community group,” he said.

Wyze then responds to what customers say about their decision so customers don’t feel like no one is listening. They also let community members interact with each other about the decision. That approach has helped Wyze in several ways: Not only do they get buy-in from customers who agree with their decision, said Tan, but those people also defend the decision to other customers who disagree with it, meaning Wyze’s team doesn’t have to keep explaining it.

“If you're able to explain and give people some thought process behind the decision, they can vent but then they can move on. Whereas if they feel like you're not giving them any sort of answer then they're like, ‘Well, look, I'm offering you my time for free and you're not even communicating with me and that's really frustrating,’ ” he said.

Want to learn more about building alongside your community?

Tan and Maton have started their own course, called Build Your Squad, which is offered through Maven and takes participants through how to meet and engage with users — from capturing their interest in your product to turning them into community advocates. They also teach participants how to understand the trends and landscape, find your early community members, build a tight feedback loop, and create a framework that scales.