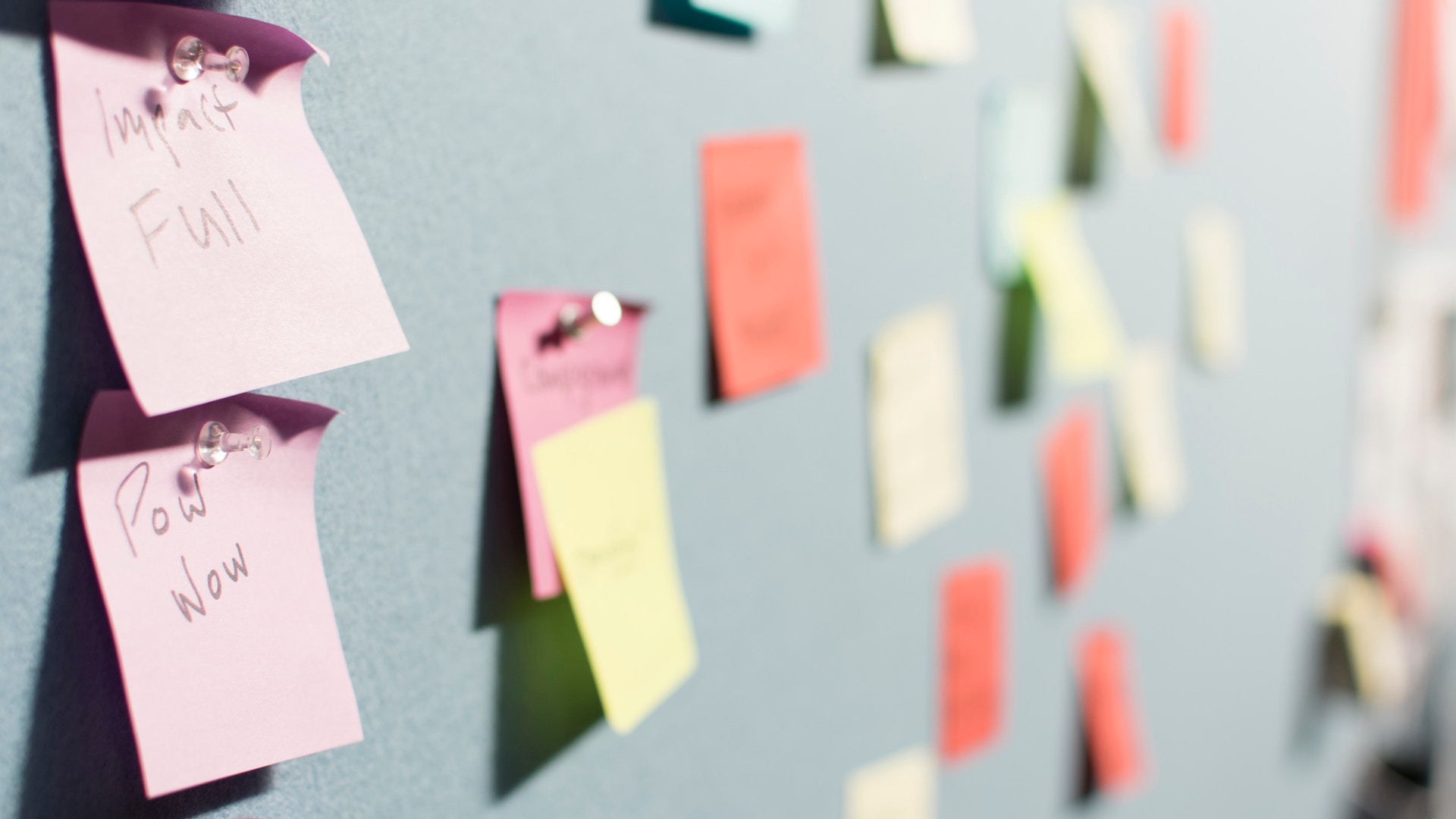 Lyndsey Butcher had a problem.

Volunteers at Kitchener’s SHORE Centre — formerly Planned Parenthood Waterloo Region — were fielding more than 1,000 calls a year from women and transgender people looking for a referral for abortion services because they couldn’t find the information online.

“We knew we needed a tech solution to a problem, but we didn’t even know where to start,” says Butcher, SHORE’s executive director.

That’s when SHORE put out a call to the tech community: Could they help?

Several tried, both locally and in Toronto, but after what Butcher calls “false starts,” Zeitspace took on the challenge.

It was an ideal match.

While some other tech companies that offered to help didn’t take the time to understand the issues SHORE faced and tossed out solutions that didn’t really fit the problem, Zeitspace was different, Butcher says.

The company took the time to get to know what SHORE (short for Sexual Health Options, Resources, and Education), does, says Butcher. Zeitspace partner Mark Connolly visited SHORE and listened to clients’ stories to understand the problem: women didn’t know where to go to get a referral for an abortion.

Tech was the clear answer, but a typical tech solution, such as a downloadable app or a chatbot wouldn’t work because Butcher was concerned about the user’s privacy. She wanted a solution that was simple and clean so that women would trust the information. Zeitspace answered all of those needs.

“It was wonderful and it has been wonderful,” Butcher says of working with Zeitspace. “They knew we were experts in our field, which I appreciated. They took the time to get to know us and valued the expertise that we brought to the table as well.”

Zeitspace built a web-based app that allows users to quickly and anonymously answer a series of questions that will refer them to two or three abortion clinics.

“We didn’t know how to build that,” says Butcher. “We knew that tech was the solution. We knew there was a better way. Zeitspace was able to tailor a solution to our concerns.”

Before connecting with  Zeitspace, Butcher went through Communitech’s Fierce Founders Bootcamp, which helps female entrepreneurs with a tech-based idea develop business skills. Butcher jokes that Zeitspace worked so fast that she was one of the first founders in her cohort to bring a product to market.

That’s because Zeitspace, which launched on Oct. 31, 2016, designs products and builds clickable prototypes, or experience prototypes — Connolly calls it real software with fake functionality —  that let clients experience the look and feel of an app without huge upfront costs.

“Three to five years ago people would have thought we were renegades for doing it this way,” says Zeitspace partner Jeff Fedor.

With experience prototyping everything looks real, but isn’t.

The advantage? With “real-fake software” the user experience leads the way. And it’s much easier to validate whether the app will do what it should in a cost-effective way and at a fraction of the time.

Historically, early-stage orgs would conduct upfront market research, ask their clients to sign letters of intent that they’ll buy the final product the developer builds, and then go away for three months to build it, sometimes burning $500,000 in a startup.

“The old way is like building a house: You pour the foundation and then realize you need to move walls, which is expensive and sometimes not possible,” says Fedor.

But Fedor and Connolly say there’s been a fundamental shift in the product development process. Design thinking has changed how we build products.

Rather than building a new product in a linear way, the emphasis in product design is on building fast, removing waste and building a product in a circular way through iterations that improve the product based on market feedback.

Zeitspace starts building clickable prototypes in a day or two, iterates based on what we learn from the client and usability testing.

Part of that speed is thanks to Connolly, a designer, and the rest of the designers on the team.

“I’m not afraid to show unfinished rough work,” he confesses.

In 2017, Zeitspace worked with Carnegie Technologies, which needed an app for a trade show. The first time Fedor and Connolly started work on the project they realized giving Carnegie a list of deliverables wasn’t the way to go. They switched gears and started working on a prototype to show how the app would function right away.

“They actually built us an interactive website. It didn’t function underneath the hood but it gave us the feeling of actually using the app,” says Nicholas Armstrong, Carnegie’s director of software.

The interactive prototype was different from traditional prototypes and user experience design approaches the company was used to. Carnegie’s in-house team was spread out geographically and so the experience prototype enabled team members to have a reference point for how the app should work while they were building it, says Armstrong.

Carnegie’s product manager was shocked — the company had never before shared ideas only to see them in an “app” a day or two later. The project wrapped up in four weeks.

Carnegie was so impressed with the approach they now require clickable prototypes on all of their products, says Connolly.

Not every company approaches the UX design process the way Zeitspace does.

Armstrong says it’s relatively rare to find a product design firm that is capable — or interested — in building an interactive prototype.

“We found it difficult to find people that worked that way,” he says.

The common misconception is that it takes longer to build an experience prototype because people are used to big upfront design and feel like they have to nail every aspect of it, says Fedor.

But Zeitspace isn’t afraid to whip up something quickly so they can test it and, if needed, fail fast. That testing is an important part of the product validation process.

“This way of approaching work — lean product and lean user experience, creating an experience prototype — is a way to get farther faster and a way to have a group of stakeholders have confidence in the product and what we’re doing,” says Connolly.

Adds Fedor: “We’ve seen success. This works. It’s counterintuitive for some organizations because they may feel as if they’re giving up control when the irony is that they have way more control.”

Control is what Clayton MacKay was looking for when he began working with Zeitspace in December 2017.

MacKay is CEO of Java Group Programs, a British Columbia-based company that provides peer support programs for seniors living in care facilities. Java Group wanted to switch their approach from binders full of papers and CDs to a digital product that it could distribute more easily to care facilities.

The goal of Java Group’s programs is to provide peer support through music, photography, and discussion boards so that seniors feel less isolated. Java Group provides programming for more than 1,000 senior communities across North America, so the solution for moving its programming from a physical product to a digital one had to be simple. And because it was for seniors, it had to be easy to use, says MacKay.

Often, seniors are expected to adapt to technology but Java Group wanted the technology to assist and adapt to the seniors.

MacKay says one of the ways they did that was by getting the Zeitspace team involved: They travelled to care homes where Java Group was offering their peer support programs to get a feel for what the program was and then developed a prototype based on what they learned.

“What we needed was for the technology to be supportive — not dominant — to help the facilitators accomplish the goal, which is having people connect with each other,” says MacKay.

No more going back to the drawing board

Clickable prototyping is a super power that Zeitspace brings to all of its product design work.

A clickable prototype allows Zeitspace’s clients to interact with the app the company is building and understand how it will look and behave. The prototype app functions as if it were up and running.

Zeitspace also does an exercise with clients called user story mapping, an approach developed by Jeff Patton, where Zeitspace gets everyone involved with the app — from their team to the clients — into the same room to write sticky notes about what they’re trying to do with the product. The sticky notes are really a way to get everyone on the same page.

Connolly likens it to asking everyone in the same room how long it would take to drive to Fredericton, N.B.

“People have different ideas of the timing based on their experience. They’ll know how long it’ll take from their perspective but not from other people’s perspective,” says Connolly.

“What the prototype lets you do is figure out where you’re going to stop and get gas,” says Fedor.

Zeitspace’s process is so deliberate and step by step that SHORE didn’t have to keep reworking its app and going back to the drawing board, says Butcher.

Thanks to the app, the phones at SHORE don’t ring off the hook anymore. The app has been so successful, it has freed up staff and resources so that SHORE can focus on providing abortion services, follow up care, and other gynecological tests for women — something they wouldn’t have even imagined a few years before, says Butcher.

The app has worked so well that it was rolled out across Canada in June 2019.