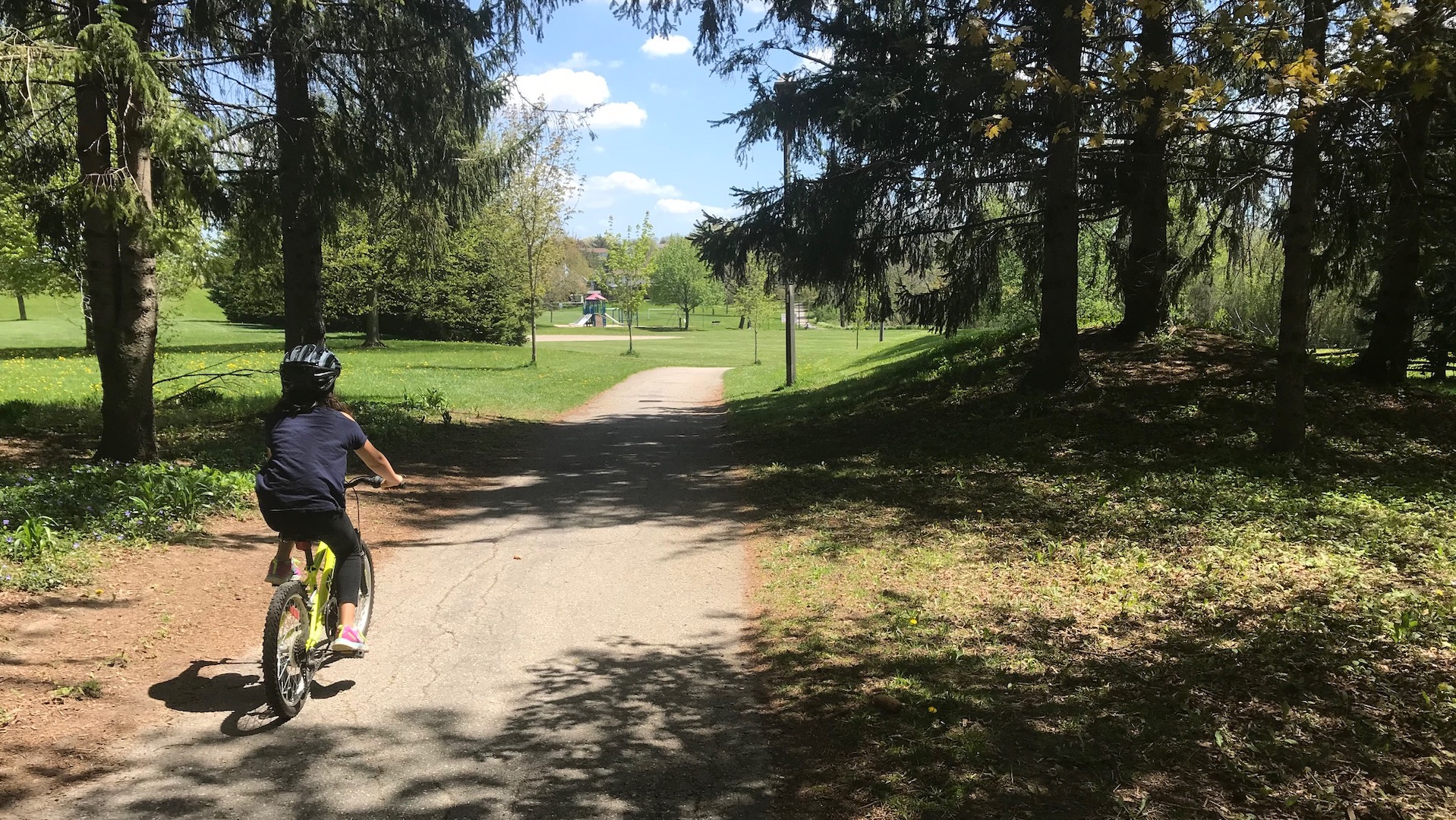 With the popularity of cycling on the rise and enormous pressure to maintain physical distancing, the City of Waterloo took another step in giving cyclists equal access on city streets.

Waterloo city council directed city staff to quickly and affordably make streets safer for walking and cycling at a meeting May 25, unanimously passing a motion by councillor Jeff Henry.

The motion, prompted by COVID-19 and the need to physically distance, aims to fast track city plans to boost cycling infrastructure and address inequities over who has access to public space in the City of Waterloo and who doesn’t.

“We’re seeing a real disparity in the access that people have to public space,” said Henry. “These are significant differences we knew existed in our city but are heightened by COVID-19.… How do we make sure everyone gets what they need?”

With the warmer weather, there’s been pent up demand for access to public space, he said. While people who live in houses with front and back yards have private access to green space, those who live in apartment or condo buildings don’t. And while some neighbourhoods are lined with mature trees and quiet streets making it easier to walk or cycle, others live in a concrete jungle and on busy streets, said Henry.

All that prompted his motion to council May 25 to ask city staff to see where it can quickly and affordably advance plans the city already has in place to increase its cycling infrastructure so that it's safer for cyclists, whether they’re experienced or beginners.

With fewer cars on the road because of the pandemic, some cities have already created more space for pedestrians and cyclists. Denver installed pop-up infrastructure to close streets to thru traffic for pedestrians and cyclists to safely use during stay-home orders. European cities, such as Paris, have expanded their cycling networks, creating 650 kilometres of separated bike lanes to encourage people to cycle. In Canada, cities such as Calgary, Montreal, Toronto, and Winnipeg have also given cyclists and pedestrians more room. The changes have been so pronounced that even Google Maps is showing which streets have converted to only pedestrian or cycling traffic.

On May 21, the National Association of City Transportation Officials (NACTO) released a 29-page document for cities that includes detailed strategies around how to redesign and adapt streets to keep people safe.

“The need for real collaboration, across city, state, and national boundaries, has rarely been so apparent or urgent,” Corinne Kisner, NACTO’s executive director, said in a media release.

“This pandemic has laid bare and amplified structural inequities and pre-existing socioeconomic disparities across communities. Transportation leaders and practitioners can use streets to chart a healthier and more equitable course for the future.”

Cycling has been growing in popularity every year as Waterloo and Kitchener add protected bike lanes and other cycling infrastructure. Both cities and the Region of Waterloo added five kilometres of protected bike lanes in the last year. In Kitchener, the protected lanes are part of a plan to build what the city calls complete streets — which puts pedestrians and bicycles at the centre of street design. The City of Waterloo also widened sidewalks in some parts of the city.

Cycling networks also provide another safe way to travel for those who may not feel safe on public transit during the pandemic.

With gyms and spin studios closed, the World Health Organization recommended people walk or cycle during the pandemic lockdown as a way to safely stay active.

In Waterloo Region, that’s meant local bike shops have seen an increasing number of calls for sales and service.

The three phone lines at Ziggy’s Cycle and Sport in Kitchener are always ringing.

“There’s an increase in interest in cycling across the board. People want something to do,” said Jamie MacDonald, a sales representative at Ziggy’s.

“We’ve been seeing a lot of people digging bikes out of the basement that haven’t been ridden in years. There’s a whole variety of people who have come back.”

Warmer weather in March meant the cycling season started early, just as the province was beginning to shut down because of COVID-19. Bike repairs were deemed an essential service, so shops like Ziggy’s and King Street Cycles in Waterloo remained open with safety precautions in place.

“It’s been crazy this season. It was a perfect storm of people having extra time and the weather being nice early, so we’ve definitely seen an increase in demand,” said Lori Lackenbauer, one of the owners of King Street Cycles.

“I think a lot of people have rediscovered that bicycles are fun. They’re great transportation and great family time.”

But the increased interest in cycling coupled with a worldwide lockdown of factories that supply parts for bikes has made inventory a challenge.

Both Ziggy’s and King Street Cycles are out of entry-level bikes — those that cost between $600 and $1,000. Common mountain bikes that people can use as multi-purpose bikes — they’re suited to riding on trails or commuting short distances — have also disappeared from the market. In a typical spring if someone was looking for a hybrid bicycle around a specific price point, Lackenbauer said she’d have several options to show. But now there are only two at different price points.

“There’s not a lot of choice right now,” she said.

Lackenbauer said she expects bike stocks to balance out in mid-July as factories overseas begin to gear up again.