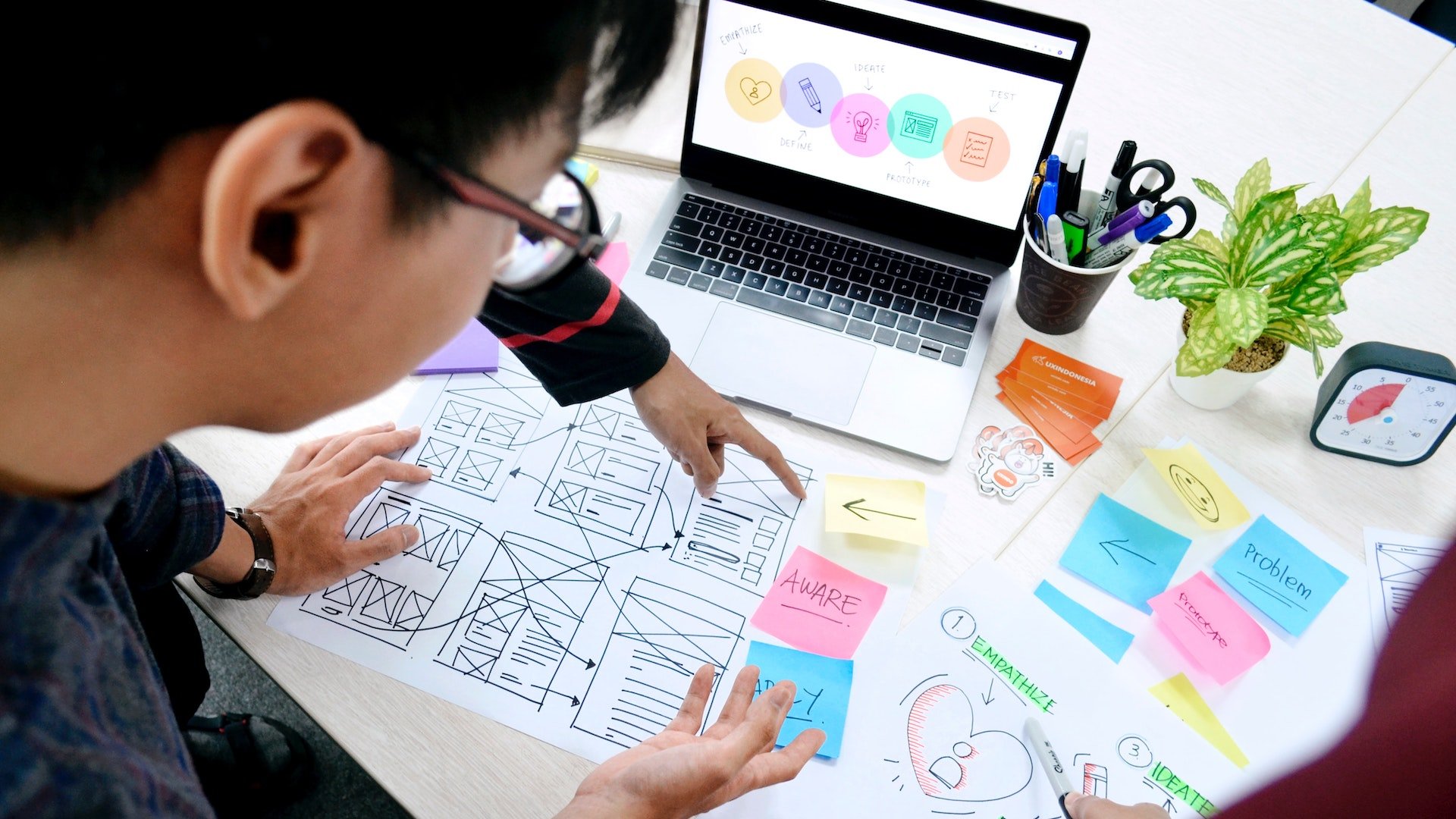 When inclusive research is an ‘extra’

In the speed of shipping a product or the next feature, it’s easy to cut corners.

You don’t have to tell Meena Kothandaraman that. She and twig + fish business partner Zarla Ludin specialize in qualitative research. They know designing research is embedded in a very Western capitalist approach: Do a bit of research so you can focus on getting to the next step and call it a day.

But designers and researchers who work inside those organizations lament that. They want to do good qualitative research but they’re often told there’s no time, said Kothandaraman.

“It’s a very unfair situation to put people in [a position] where it takes the wind out of their sails, where they don’t have the excitement of trying to solve a problem. Now they’re just trying to push something out the door, regardless of quality,” she said.

So Ludin and Kothandaraman asked themselves, where does inclusion fall into this whole discussion?

“For a lot of people that we’ve discussed these details with, inclusion is very much perceived as an extra. A lot of times it's perceived as very time consuming and it’s perceived as a contra-agenda: ‘Yeah that’s really nice but we don’t have the energy or time for that, so we’ll do that later,’ ” said Kothandaraman. “And that later tends to never happen which is a problem in and of itself.”

Kothandaraman said she and Ludin noticed that with some organizations they work with, there are moments when the research process does tend to exclude.

So when Black Lives Matter marches happened around the world, Kothandaraman and Ludin dug deep and did what they’d do whenever they face a problem: They took the steps they’d use for any other research study and looked at what researchers and designers could do when the organizations they’re working in adopt a research process that isn’t inclusive.

“What does this mean for us as a profession? How can this actually start to become something that is front and centre for all of us? It can’t just be a story in the news or Twitter. It needs to be something much more precious and much more front of mind,” said Kothandaraman.

She presented the early findings of her and Ludin’s work at June’s uxWaterloo virtual meetup and also offered advice for user experience researchers and practitioners on how to make sure their work is inclusive.

“It’s our job as researchers to challenge assumptions”

When they start research projects, Kothandaraman and Ludin spend some time building a shared understanding of the language that’s being used. They want to know how people in the room understand concepts, and make sure that if anyone has a different interpretation of a term or phrase, it’s out in the open, said Kothandaraman.

She said they use this first phase to also ask themselves and organizations they’re working with where their information comes from.

“It’s our job as researchers to challenge assumptions,” she said. To do that, she and Ludin ask questions in an open and curious way and make sure any team they work with has a chance to share the source they’re relying on for information and why.

Kothandaraman said she and Ludin once worked with a shoe manufacturer and everyone on the team followed along with everything the CEO said or did without question.

“That’s a wonderful thing but then where does the CEO get their information from? What is their knowledge source? How do they perceive people? How do they act with different people? Are they only focused on a particular population? When we talk about something as ubiquitous as shoes, shoes are worn by a lot of different people,” said Kothandaraman.

There was a bit of discomfort when they started challenging some of the assumptions with the shoe manufacturer. But the goal, she said, is to challenge what’s in front of you and challenge it in a way that everyone can move forward comfortably.

“There will be people who don’t like to be challenged. But it’s more for the team to understand why you’re asking the question,” said Kothandaraman. “Because that conversation is looming around us now, in some way we’ve been given permission to open up these avenues of conversation. Think about that as you do any type of aligning in your work.”

Think about having a true balance of age, race, and ability

Kothandaraman and Ludin push organizations to think about how they recruit research participants, and how they want to learn from them. What kind of protocol are they creating to allow research participants to share their thoughts? Are they always interviewing the same five customers or recruits?

“When you go back to the same customers who inform your design after all of this, it starts to perpetuate a system that we actually have to reconsider and reevaluate,” said Kothandaraman to those who attended uxWaterloo. “It’s not easy for people to jump up and ask if this really the right thing to do. But I ask you to consider that being quiet can also be an action in and of itself.”

When you’re recruiting research participants, think about having a true balance of race, age, and ability, she said. Don’t just try to check boxes by recruiting one Black person, she added. That’ll just perpetuate and exclude people who weren’t even considered.

Kothandaraman said sometimes organizations justify excluding certain groups of people from their research by insisting they fall outside their marketing segment.

“The question is, ‘Why aren’t you marketing to them? Have you made certain assumptions? Have you really tried hard enough?’ Are you saying it’s because that population does or does not do something? I ask you to rethink that as well. We want to look at all of these details and scrutinize them and see if we can really do a better job because that’s what it comes down to,” she said.

If you’ve done a good job of aligning and planning, then you simply need to apply your work, said Kothandaraman. Give the people you’ve recruited a chance to share their thoughts. To do that, think about accommodating people who may communicate in different ways. Consider if you’re accounting for those nuances and making space for people to share, she said.

Kothandaraman and Ludin did a research project with a newspaper in the Northeastern U.S. Some people shared stereotypes about certain populations. She and Ludin asked the group: Is that fair? The newspaper wasn’t just interested in the design of its product but also the details of where stories and ads would be placed on its physical pages. The conversation then veered into small cultural nuances of what else people do with newsprint besides read it, she said.

And once people do share, make sure your team has a debrief after the session to understand what everyone heard and understood from the research participant.

Analysis is a powerful moment in data collection, said Kothandaraman, so make sure you’re sharing stories responsibly. She likened it to climbing the same tree over and over.

“You get to know which branches aren’t strong enough to get you to the top and so you avoid them. But there are some branches that you can always count on to get you higher,” she said. “Such it is with data. What can we do to unpack the data from our heads in a safe way?”

It’s important to not assume the experiences of one underrepresented group will be the same for other underrepresented groups, said Kothandaraman. She pointed out that although she’s a person of colour who has faced racism, she isn’t Black or Indigenous, and realizes things have been wholly unfair for those populations especially.

The goal of research isn’t just to write a report and deliver it, but to take what the team has learned and move it forward.

Kothandaraman asked researchers and design practitioners at uxWaterloo to scrutinize the research process in their organization step by step. Where is it being exclusive and where is it inclusive? Then think about where to make an impact with your work, she said.

“Doing one thing is better than nothing,” said Kothandaraman.

Part of Ludin and Kothandaraman’s deep dive into how to make research more inclusive, is to bring meaning to their work and provide a rationale for how and why they conduct research the way they work.

“At the end of the day we are beholden to people,” said Kothandaraman. “Researchers are the conduit between organizations and real people. We have to understand we are there to represent the people.”