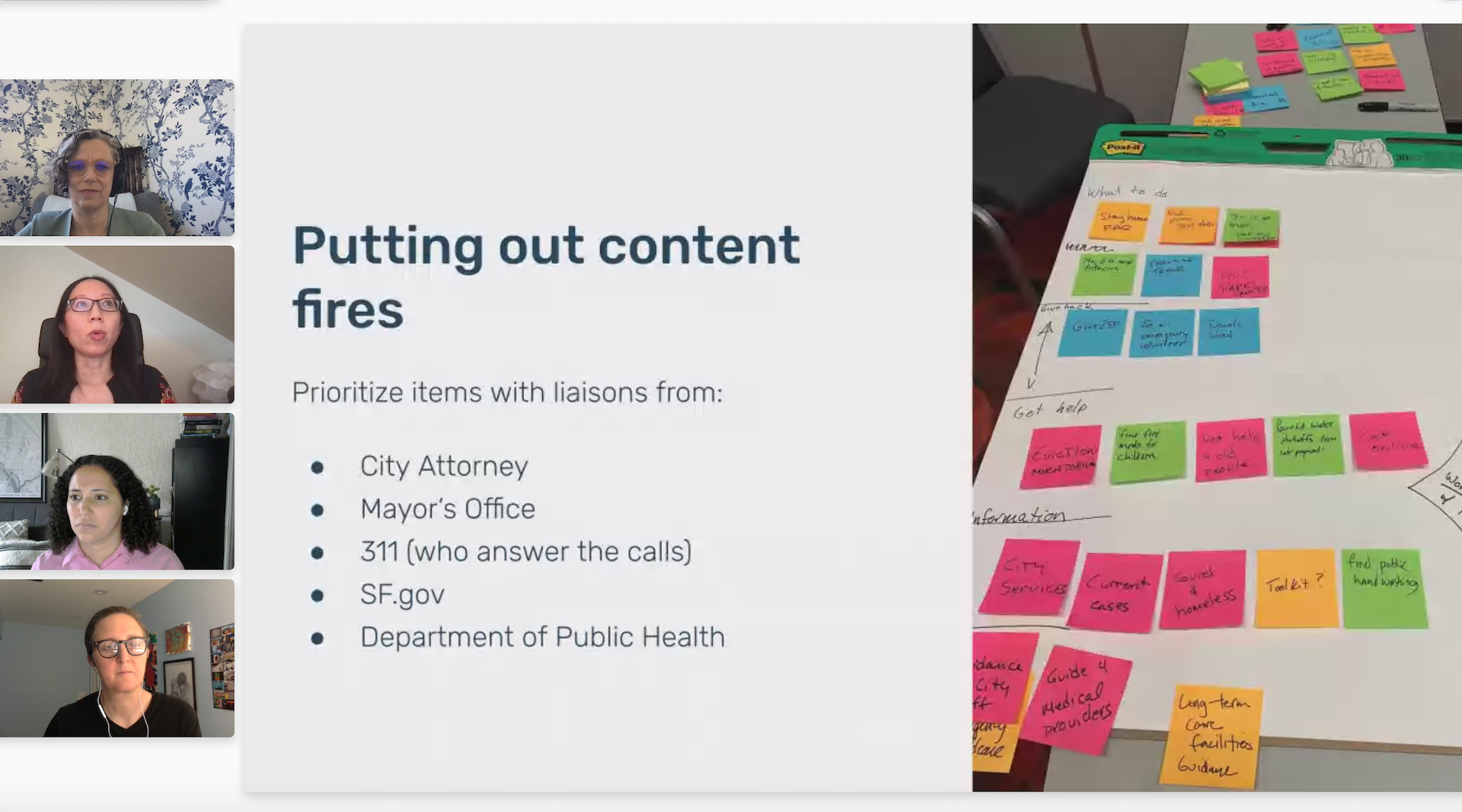 In the face of a pandemic, UX designers working as public servants can only move “at the speed of trust.”

That was one of the lessons a panel of public servants from Ontario, the City of Philadelphia, and the City of San Francisco said they learned in the past year. The panel during Fluxible 2021 reflected on the importance of design in civic life. That hit home in March 2020 when suddenly everyone needed information about the pandemic from their local government — and fast. But while government officials got information up quickly about masking, social distancing, and how to check for symptoms of COVID-19, the experience also crystallized how important user experience design was during a public health emergency like a pandemic.

“This stuff can only go so fast because we have to move at the speed of trust,” said Hillary Hartley, Ontario’s chief digital and data officer, and one of the panellists.

The role of design in civic life

Design has played an especially large role in civic life as the pandemic has changed how people access and use government services in different ways. Suddenly, government services that weren’t offered digitally before, quickly transitioned to online. And new government services were built from scratch, including rules around reopening, booking a vaccine, finding COVID-19 test results and more.

“Design has had an enormous role in how well those services worked, how well they included everyone, and how well communities did with recovering from the pandemic so far,” said Cyd Harrell, a civic design consultant who moderated the panel.

When the pandemic first hit, content designers like Anita Cheng, who works for the City of San Francisco, had to translate public health orders into plain English.

They also didn’t know how much content there would be around the pandemic because they didn’t know how long it would last. At first, they put everything on a page that refreshed constantly, but once it was clear the pandemic would go on for some time, Cheng said they split the content into several pages to make it easier to find.

In Philadelphia, the city’s UX practice lead Sara Hall said their first challenge was adapting a new city website that up until that moment they had only been testing. Most people were working from home, but at least three people — Hall, a content strategist, and a software engineer — were considered essential and quickly put together a separate COVID site using templates they had recently created for the new city site.

“In the early days speed was of the essence and any information was good for people to have because we still didn’t know a lot about this,” said Hartley.

Since then 15 different digital products, including a website, have followed, Hartley added.

Philadelphia also created different digital products, such as digitized tax forms because people could no longer go to city hall and submit them due to the pandemic.

Harrell asked the panelists to reflect on what lessons they learned — and are still learning — about design and civic life as the pandemic continues to unfold.

Cheng said in San Francisco there was a realization that design was public infrastructure. And that one of the best things the city could do was to bring content designers like Cheng into meetings earlier.

“They're like, ‘Yes, let's bring Anita into the earliest meetings we can,’ which has been super, super exciting to see that progression and have a whole team behind us all now,” said Cheng.

Hartley said one of the things she’s most proud of is that her team in Ontario kept up their rigour around UX research. Her team set off on a quick research journey to understand how people were feeling about the pandemic, where they were getting their information, and how they were interacting with government services. They’ve applied that research to the user experience of the digital products they’ve created.

One of the biggest things to come out of the pandemic response has been the collaboration between city departments, said Cheng.

“Everyone understood that the goal was to save lives and how to do that was to communicate very clearly what you needed to do,” she said.

Early on, the San Francisco team created signs that had big icons, large text, and were in multiple languages. But one challenge Cheng said she faced was that people didn’t really think of the website as part of the communication process.

But eventually that perception changed and Cheng worked with the mayor’s office, the city attorney, and with the department of public health on a COVID-19 topic page on the website. The team started to trust Cheng to take the public health orders, guidance and directives, translate them into plain English and publish them online. Eventually, the rest of the communications and social media team working at the City of San Francisco began using the website as a tool — if a piece of information appeared on the website, the team knew it was vetted and could also be shared in various ways on social media, said Cheng.

The effect was a unified communications approach that Harrell — who is also based in San Francisco — said continues today.

‘We can’t do this work without multidisciplinary teams’

In the end, all three panellists agreed that the way through the pandemic was with a multidisciplinary approach that includes content designers, UX designers, and researchers.

“We can't do this work without multidisciplinary teams,” said Hartley. “And the content designers, I really do feel, are some of the unsung heroes of this last year. Because the story is that we've helped people navigate ever evolving circumstances by trying to understand their experiences, hear what they're thinking about, worried about, talking about. Responding to those needs and then kind of putting them into action.”

And while it’s important for digital government sites to look nice and be usable, language played an important role in the pandemic.

“We were using medical terminology with people that was all new. And so by building in the feedback loops and continuing the use of research, we were able to hear what was working, what wasn't working. And it very rapidly evolved to use more human language,” said Hartley.

“We've been able to move fast because people have come together.”

When inclusive research is an ‘extra’