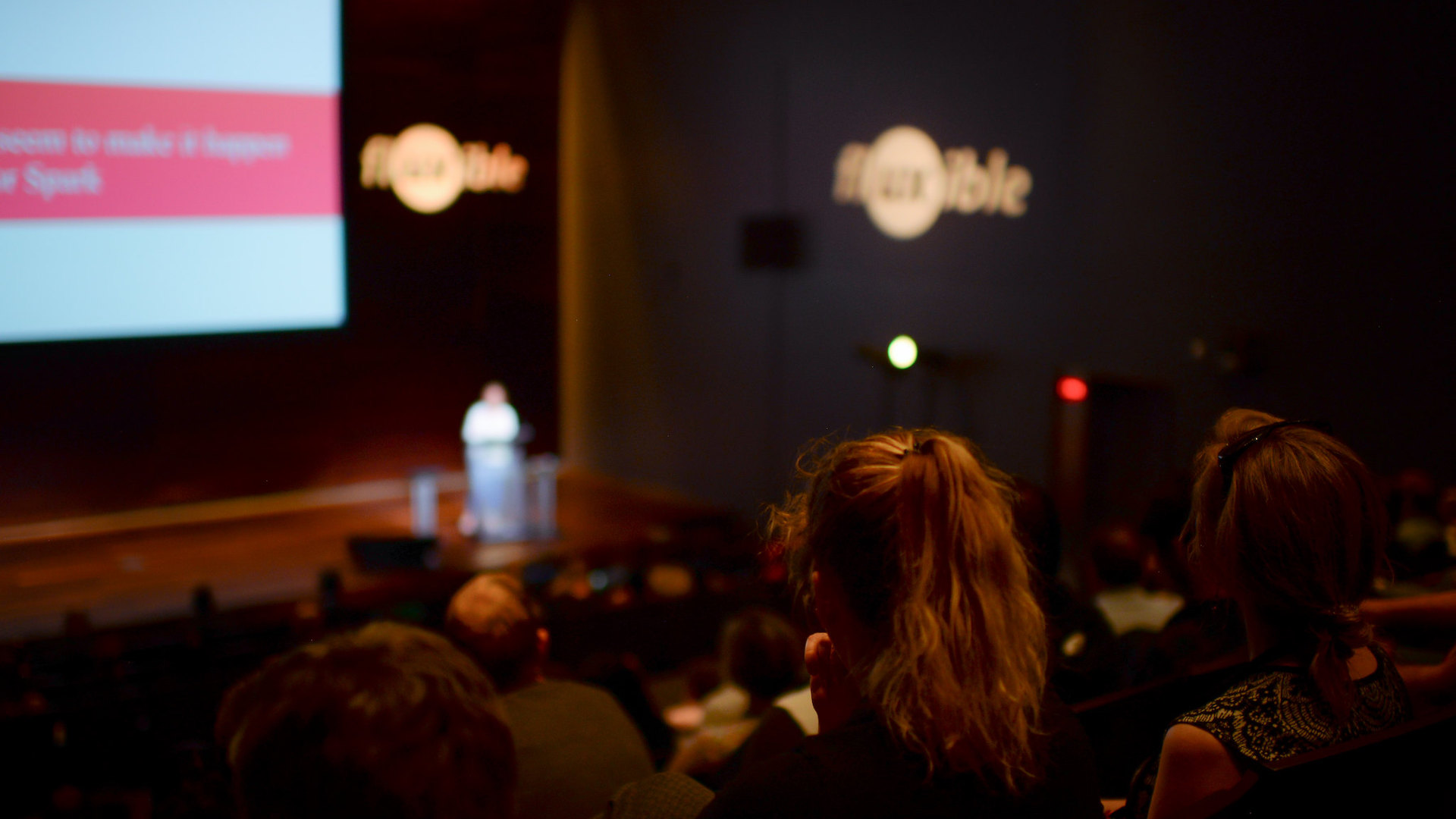 Technology is changing so fast that UX designers should focus on universal design. So say several UX design experts and past Fluxible Conference speakers.

“I think that’s where companies are heading from a philosophical perspective. They’re not there yet, but the evangelism is starting to happen from within and clearly the business need is there,” says Goto.

Stricter laws mean that businesses will have to think more about accessibility when designing websites, for example, but universal design goes beyond that. More than complying with the law, universal design is all about designing better experiences for the greatest number of people possible, even as technology continues to adapt and change, says Goto.

“We need to think bigger and broader and we need to open ourselves up to what the future has to hold,” she says. “We as designers and user experience designers can actually create that future.”

I talked to several Fluxible alumni about universal design, inclusive design, and how the UX industry can move the needle on both. While many noted that designing for people with disabilities is something UX designers have thought about in the past, it has to be even more at the forefront of design now, many of the past Fluxible speakers say, as designers take on more responsibility to think of those who have been left out of digital products.

The best way for young designers to champion inclusive design is to always centre back on the human being, says Lola Oyelayo, who has worked as a design director for Capital One in the United Kingdom.

“It’s really easy to ‘other’ people when we talk about them as just users…. People become anonymous,” she says. “We often have this problem where we’ve got people designing for communities and worlds outside of what their terms of reference are and they struggle to see the humanity in that environment. What I always impress upon them is, ‘Well OK, where’s the human in there?’ ”

A diverse team is a “critical” part of inclusive design

But it’s not just about championing inclusive design. Oyelayo says an inclusive workforce is “critical” to an organization’s ability to design in an inclusive way. That’s because having different voices and perspectives collaborate on a project zeroes out biases and blind spots, she says.

“I feel like there almost always is a perspective missing when you don’t have different people in a room. You just see things in a different way,” says Oyelayo.

She says no one should feel blamed for not having the ability to see everything from everyone’s perspective because that’s an “inhumane ask.” The best way to proxy creating an inclusive product is to have an inclusive team that allows you to feed in input from lots of different perspectives so that one person or one group of people isn’t asked to do everything for everybody, says Oyelayo.

“It feels like a no-brainer but we have a real problem. And the problem is representation. If people don’t see people who look like them, it perpetuates the idea that people like them don’t exist in that world or aren’t good at that thing. And that’s the thing I probably struggle with the most in this context,” she says.

UX researcher Kunyi Mangalam says designers need to “check” themselves every time they take on a project and think about who they’re ignoring — a sentiment Google’s Tea Uglow echoed at last year’s Fluxible. Mangalam recently worked on a project with a group of teenagers, some of them cisgender, some transgender, and some were fluid. She says she hired an expert who knew a lot about working with teens who were fluid and transgender to help with the project and who could think about things Mangalam maybe wouldn’t because she hadn’t before.

“Part of it is embedded in your design philosophy and part of it is knowing what you don’t know and taking steps to minimize what you don’t know — or at least get the right kind of support or expertise to help you,” says Mangalam, who was to talk about pushing aside the curtain to first learn all the ways designers can fail at Fluxible this year.

Those working in UX, from designers to researchers, may want to be more inclusive, says UX researcher and author Indi Young, but they won’t get there until they’re aware of what the people they’re trying to include are facing.

Like Oyelayo, Mangalam says that representation matters in design. Mangalam likens designers to the Lorax, the character in the Dr. Seuss children’s book by the same name.

“I think in that role, we have a huge responsibility to make sure that people are represented in the things that are designed and created, and that goes into making sure that algorithms are fair and unbiased and equitable,” she says.

But if designers find themselves working for an organization that doesn’t see it that way, Mangalam says they can leverage the fact that there’s also a business case for universal design — the more people who are able to use your product, the bigger your customer base and the higher the profit.

Zeitspace sponsors Fluxible and Zeitspace partner, Mark Connolly, is co-chair along with Robert Barlow-Busch. Fluxible has grown from a two-day conference in 2012 into Canada’s UX Festival, a week-long series of events. It returns in 2021.

Keeping up morale while working remotely