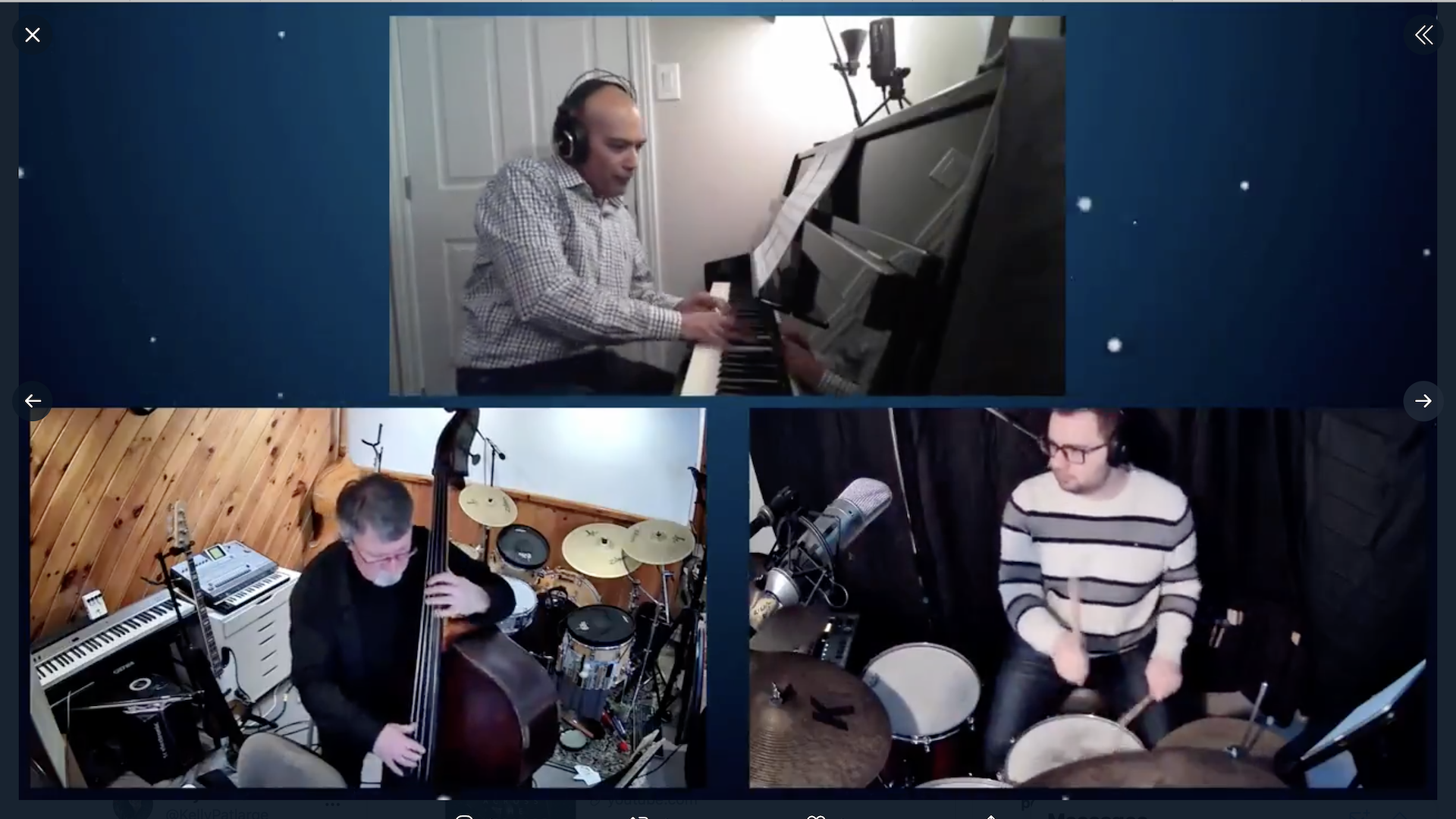 Ottawa jazz musician Adrian Cho knows all about the pivot.

Cho, who in 2018 retired from a 30-year career in tech, was all set to pursue his passion in wildlife photography when the pandemic grounded him for good.

He had bought expensive equipment and booked trips through companies that don’t exist anymore. So Cho turned to his other love: music.

But as a jazz musician, Cho couldn’t perform with other musicians because technologies like Zoom created a lag just long enough to throw off the rhythm for musicians who need a synchronous sound to make their music hit the right note.

And that’s when Cho did something he never thought he’d do again. He restarted a career in tech.

“I never planned on coming back and now I find myself knee deep in it,” said Cho.

He got knee deep in tech again after trying to solve that issue of lag for musicians who wanted to play together in real time but were in different locations and couldn’t. And he wanted to put on virtual concerts that were good enough that people would buy a ticket to attend one.

That problem and its constraints led Cho to create syncspace.live, a virtual platform that allows professional musicians to play, rehearse, or teach even if they’re not in the same room, while also putting on high quality concerts that people will pay for. And they already are. Syncspace holds weekly concerts now that paid ticket holders attend. One recent concert features two musicians in Ottawa, one in Toronto, and one in Antigonish, N.S. Syncspace’s platform is timely now that under Ontario lockdown rules, musicians can’t perform together on a stage and broadcast their music to a virtual audience.

Syncspace reduces the delay that inevitability happens online — that brief lag when we talk over each other in remote meetings, followed by a round of “sorry you go aheads” that we’ve come to expect after more than a year of working and living remotely. But for musicians that delay is more than just a minor nuisance. It dashes any hope of musicians trying to rehearse or perform together.

“It’s just like being in a room. If you and I are six feet apart the sound travels very quickly between us and there’s no perceptible delay. But if we were 100 feet apart in the same room, it would be a noticeable delay for us to communicate via sound,” said Cho.

It’s an issue some musicians — such as those who perform as part of a large choir or an orchestra — have dealt with even before the pandemic.

But small group musicians are used to being very close together. So when they’re online and the delay is longer than they expect it makes it harder to play music that’s very fast.

Syncspace is “like Zoom for musicians,” said Cho. They can see each other and hear each other and there’s very low latency and delay. Musicians even have access to a broadcast person in the space with them, who takes camera feeds from each musician in the virtual studio and changes what the audience sees to make the broadcast interesting (typically, that broadcast person is Cho). The concerts can be broadcast anywhere — live on a private YouTube link, Google Meet, Facebook, and yes, Zoom.

Developed a few months ago, Syncspace officially launched it on New Year’s Eve in Ottawa, where Cho is based, after he realized that for the first time ever there’d be no live music on New Year’s Eve in that city. He used the platform to put on a free concert and accepted tips from the audience that were used to pay the musicians who performed. Cho didn’t make Syncspace widely available though until mid-January, when musicians could subscribe to the platform or others could buy concert tickets for about $10 each.

How people are responding to the platform

The response has been overwhelmingly positive from both musicians and audiences, said Cho.

“For most people, they can’t believe it’s possible,” he said. While at first musicians first thought Syncspace would get them through the pandemic, they’re now realizing the platform could live beyond the pandemic too. There’s a massive convenience for musicians who have several rehearsals a day with different ensembles and don’t have to lug around instruments, Cho said.

And people don’t have to worry about what kind of view they’ll have of their favourite band during a concert.

“Everyone has a front row seat,” said Cho.

There’s an intimacy to Syncspace. The audience gets to see musicians up close in their home studios or home environments, which is engaging. And because all the performances are live, there’s still that spontaneity that comes with a live show. Musicians can engage with the audience, the audience can ask questions, and see musicians interacting live with one another.

Cho admits some of the technology he’s using for Syncspace isn’t new — musicians just need a computer, a USB audio interface that plugs into a computer, and a webcam (they also need to install some free software). But what is different is that Syncspace takes that technology and turns it into something that’s suited to its user — musicians who don’t have the time or experience to fiddle with complicated technology.

“Most of the UX is just a web portal and documentation,” said Cho. “That is so critical because people need step-by-step hand holding.”

For someone who thought he had retired from tech for good, Cho now finds himself running servers all over the world as Syncspace grows in popularity. He tried running a server in Kitchener for a while but couldn’t because all web traffic goes through Toronto, creating too much of a delay for musicians.

As Syncspace grows in the number of users, Cho is focusing on not growing too quickly. His goal with Syncspace is to have no churn.

“I really want to focus on quality because I think so many companies make a huge mistake of scaling beyond where they should really scale. Everyone wants to get bigger all the time and it’s more of everything and at some point, most companies go through a stage where they lose a lot of things, like their culture, that you pretty much can’t get back,” he said. “It’s like a one-way transformation. Once you go down that slippery slope it’s very hard to get that back.”

That’s partly why when musicians reach out and want to subscribe to Syncspace, he makes sure they’ve done the tests before he takes their money so that the experience is a good one. “Hopefully that’s long-term thinking that in the end results in something better.”

It’s that kind of long-term thinking that’s made Cho weigh his future as a wildlife photographer. At some point, you’ve got to be realistic about what’s happening, cut your losses, and adapt.

From job titles to tasks: How Grain refined its product strategy with success