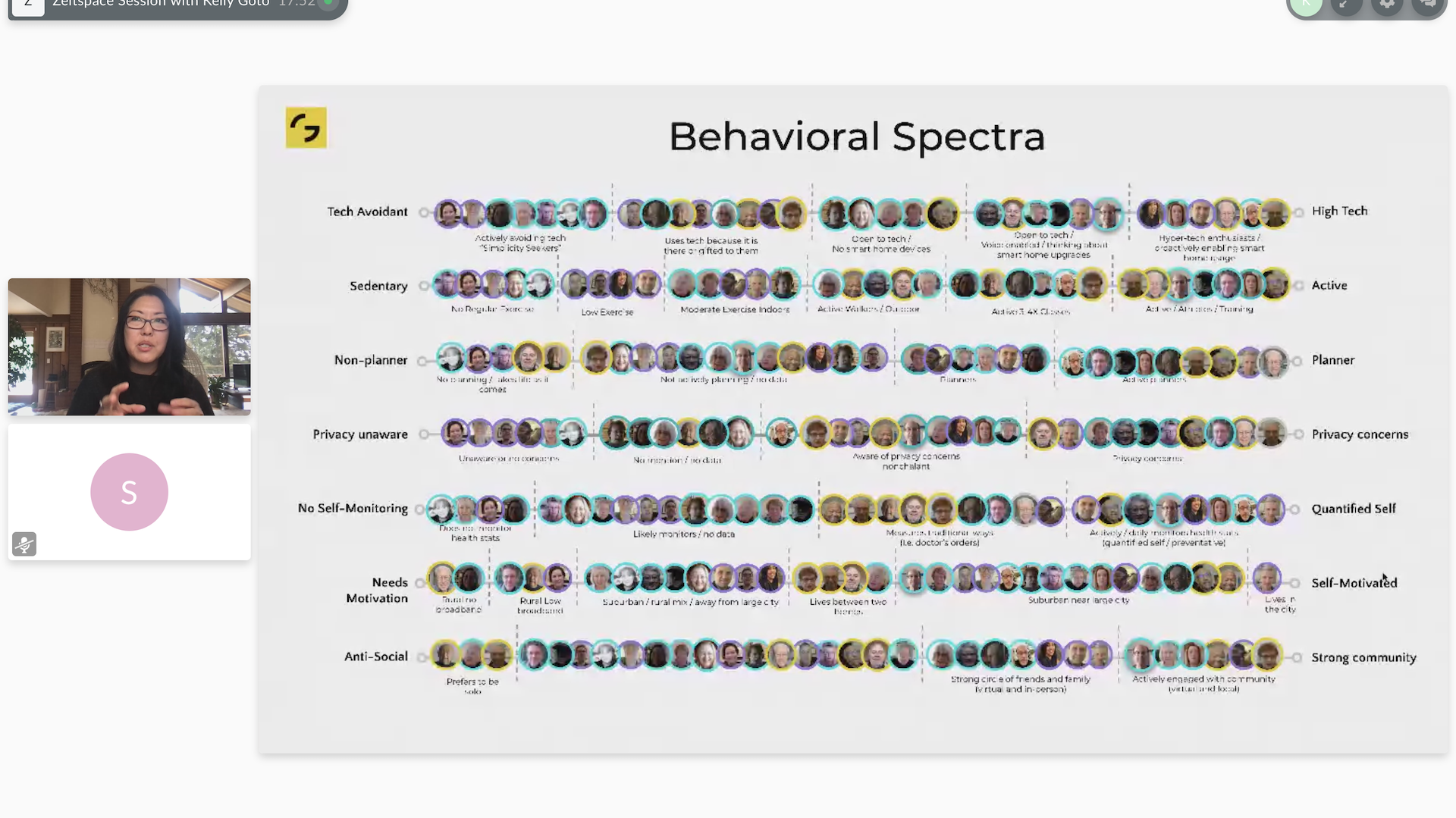 How to streamline your user research with a repository

Research repositories don’t have to be complicated. They’re a central, secure home for all your user research and are important for UX researchers, designers, and even product teams. But what do you use when a Google doc or sheet just won’t cut it? During our most recent Zeitspace Session, design ethnographer Kelly Goto, who founded gotoresearch and gotomedia, joined us to talk about streamlining your research process and gotoresearch’s work exploring the benefits of UX research repositories, tools to organize them, like Dovetail and Airtable, and what worked, what didn’t, and why.

What are the benefits of a UX research repository?

The best thing about a repository is that it’s accessible, searchable, shareable, and secure, said Goto. If carefully curated and maintained, a research repository will grow your company’s research operations (commonly called research ops) over time. And best of all? You can start your repository with a single research project or study.

There are some things to heed though: Goto said repositories are an investment in time. They also need to be culled. Keep both in mind as you put yours together.

Goto and her team run about three research studies a month for different clients. The UX team at gotoresearch is distributed — they all work remotely from both the west coast and east coast in the U.S. — and they were looking for something they could use for different types of research, such as qualitative research that analyzes themes.

When the research team worked together in person from their base in San Francisco, they would do what Goto called “old school coding,” where they took transcripts from user research interviews, cut out key quotes, and moved them around — a process known as thematic analysis. Now in a remote environment, they use virtual whiteboards, such as Mural and Miro to look at and do qualitative data analysis.

“We’re still doing wall work. We’re not in person, but we still need to play with data and move it around and see how the patterns emerge and have a very tactile nature to it,” said Goto.

But in a virtual environment they needed to level up their research reports and raw data, which were being stored in a Google drive. They wanted something that would house all their user research data and other information in one place for both their researchers and clients, but that also worked well for presentations. So gotoresearch turned their lens on UX research tools to see if one fit the bill.

Which UX research repositories to use

Goto said they tried out different tools — everything from Notion, Airtable, Dovetail, Trello, Condens.io and Nvivo, an academic tool that came with a big learning curve. They eventually settled on Airtable and Dovetail.

Airtable allowed them to be flexible with how they displayed research participant information. It also allowed them to sort and segment in different ways. Goto said they also used it to track administrative things, such as payments, whether transcripts had been uploaded, and if participants had signed non-disclosure agreements. Airtable worked well, Goto said, because they could customize it. If they wanted to segment research participants by age or how they answered specific poll questions, they could do that.

They also used Airtable internally to track projects, assign tasks and automatically calculate team members’ load in any given week.

“This is a good example of how we started using Airtable in one particular way — for our research — and then started using it in a very different way because everyone really liked it,” said Sean Dolan, head of UX strategy at gotomedia, who co-presented at the Zeitspace Session with Goto.

Dovetail was appealing for gotoresearch because it looks nice and they could easily use it for presentations. The team could code user interviews on the fly, upload Zoom videos, easily find a clip from a video and share it, and add tags and charts.

But what was really appealing, said Goto, was that they could create research insights. Using Dovetail, they could easily filter tags to highlight larger themes, giving them an early way to see how their research data was shaping up. Then they could turn those early insights into a pie or bar chart.

It was also easy to publish select insights on Dovetail, said Goto. They could also add context to themes when they were coding — so if the team came across a relevant quote related to one of the insights, they could add it to Dovetail, providing context.

Dovetail wasn’t perfect, but it did a lot of what gotoresearch was looking for — even if it came at a cost. (Goto said they pay about $7,200 a year for Dovetail.)

In the end, using a UX research repository allowed gotoresearch to see patterns in their research. They won’t stop doing original research, said Goto, but there are some patterns they see come up again and again as they work with different clients. When they’re working on a product or landing page, they can use research patterns that have emerged in the past to get going on a project, she added.

Their work into UX research repositories has also helped gotoresearch confirm that research insights are best served when they’re told as a story.

“When they have context around it and when we have the quotes that show the end users saying these things, that’s what makes the data valuable,” said Goto. “That’s where we want to land. That’s what we’re trying to do as researchers and designers, is we’re trying to tell stories.”

But the biggest thing they’ve learned along the way is that they haven’t found a perfect solution when it comes to UX research repositories. There were some tools they were considering that looked great on paper, but when they put them into practice, those tools couldn’t do the complicated coding that they needed. In short, they didn’t work well for their workflow or needs.

But Goto and her team weren’t discouraged. This is, after all, a work in progress, she said.

Why your product team needs to talk to customers weekly