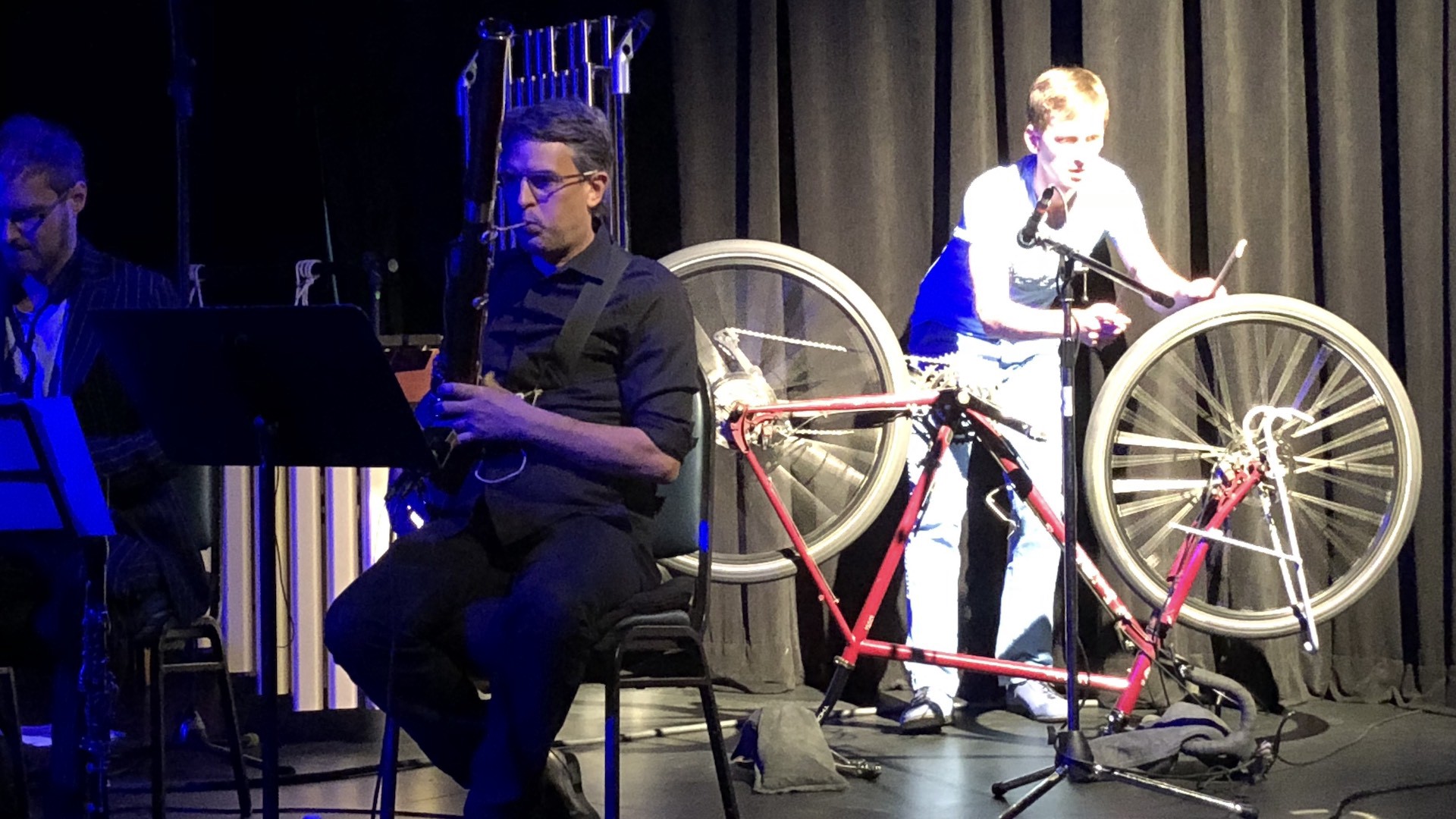 How the Waterloo Region arts community is coping with the pandemic

The COVID-19 pandemic has made working difficult for many people. Companies are asking their employees to work from home, schools are closing, and politicians are asking us to stay away from large crowds.

All that has affected life in Canada. In this post, we look at what it's like for those who work in the arts.

Those who work in the arts industry are facing potentially three months without income as concerts and venues shut down and festivals weigh whether to carry on with the show.

“It’s all fairly new ground for everybody. Nobody has policies in place to handle pandemics from an arts perspective,” says Richard Burrows, artistic director of Open Ears Festival of Music and Sound, and also a percussionist with TorQ Percussion Quartet.

Zeitspace sponsors Open Ears, which doesn’t happen until June, but already festival organizers are thinking about how to continue on and pay artists.

One option is to live stream performances so that artists can show off their craft while getting paid, says Burrows.

“Some of these shows are world premieres and it’s the first time they’re doing it,” he says. “This is, in my opinion, the best way to allow for performances to still happen.”

The other possibility is to cancel the festival and potentially pay artists a percentage to alleviate some of the burden.

“We’re trying to be empathetic to artists,” he says.

NUMUS had plans to continue with a small concert Saturday because their audiences are small and they could keep the tables far apart, but that show was cancelled.

The NUMUS board had an emergency meeting Monday evening to decide what to do with the remaining two performances, slated for April 3 and May 1. The board decided to postpone those performances.

“At the end of the day we don’t know what the situation will look like in May or in June,” says Kathryn Ladano, artistic director of NUMUS. “I’m very mindful of helping out the artists and making sure they get paid.”

At Kitchener’s Green Light Arts, which also has a show coming up in June, Carin Lowerison, the organization’s co-founder and managing director, says they’re talking about how to mitigate risk while being responsible with public gatherings.

“Arts and culture are affected tremendously. It’s always hard for us. We have mountains every day but this mountain is a big one.”

That’s because many artists are self employed and can’t rely on sick days. But they’re also part of an industry that relies on socializing and so when shows are cancelled or performances postponed, artists suffer.

Green Light Arts also manages rentals for the Conrad Centre for the Performing Arts in Kitchener and have already had inquiries about cancellations, she says.

They’re not the only ones.

Burrows says some organizations count on ticket sales to make up between 10 and 20 per cent of their revenue. But if those organizations can make up that 10 per cent through donations, then they can still pay the artists what they deserve, says Burrows.

“All institutions need to take responsibility to make sure we have artists left after this. Once the dust settles we need to make sure there are artists there to create art,” he says.

“This is the perfect opportunity to shop local. Go on artists’ websites and buy their CDs, buy subscriptions for the symphony, buy a gift card.”

The public can also consider contributing to online funding campaigns to help artists, or the Region of Waterloo’s arts fund, says Ladano. But also make sure you’re being empathetic and showing emotional support for artists, she says.

Some artists are continuing with shows that involve small audiences and taking extra precautions, she says.

“If they need to go ahead with a show because they need to feed their kids and pay their rent, we shouldn’t be shaming them,” says Ladano.

Regardless of whether we have a pandemic or not, it’s important to support arts organizations, says Burrows, because arts and culture are what tie us together.

While some may see arts and culture as a luxury and frivolous, Lowerison says that’s not the case. “It’s something that gets us through a difficult time.”

Arts and culture are assets that we need to make sure aren’t too damaged by this pandemic, she says.

“We have to figure out collectively how to build a social net for all this stuff.”

Lowerison says if you purchased tickets to a performance and couldn’t go, consider donating that money to the organization so they can persevere. And if you’re a successful company and can help, consider supporting an arts and culture organization, she adds.

“We’re all trying to adapt to the possibility of everybody being quarantined and the festival being live-streamed.”

For its part, the Ontario Arts Council is turning its operating grant assessments into virtual panels, says Kirsten Gunter, director of communications.

“Nobody knows how long this is going to take,” says Burrows, of COVID-19. “Everything is based on predictions right now.”

But he’s been lifted by the fact that he’s heard from at least one artist that was set to perform at Open Ears Festival who is willing to try to make it work, even if the festival is live-streamed rather than an in-person event.

“This will bring out the entrepreneurial spirit in artists to figure out ways to maintain a living without performing in front of a live audience,” he says.

Editor's note: This story has been updated to include the results of the NUMUS board meeting Monday evening.

Keeping up morale while working remotely