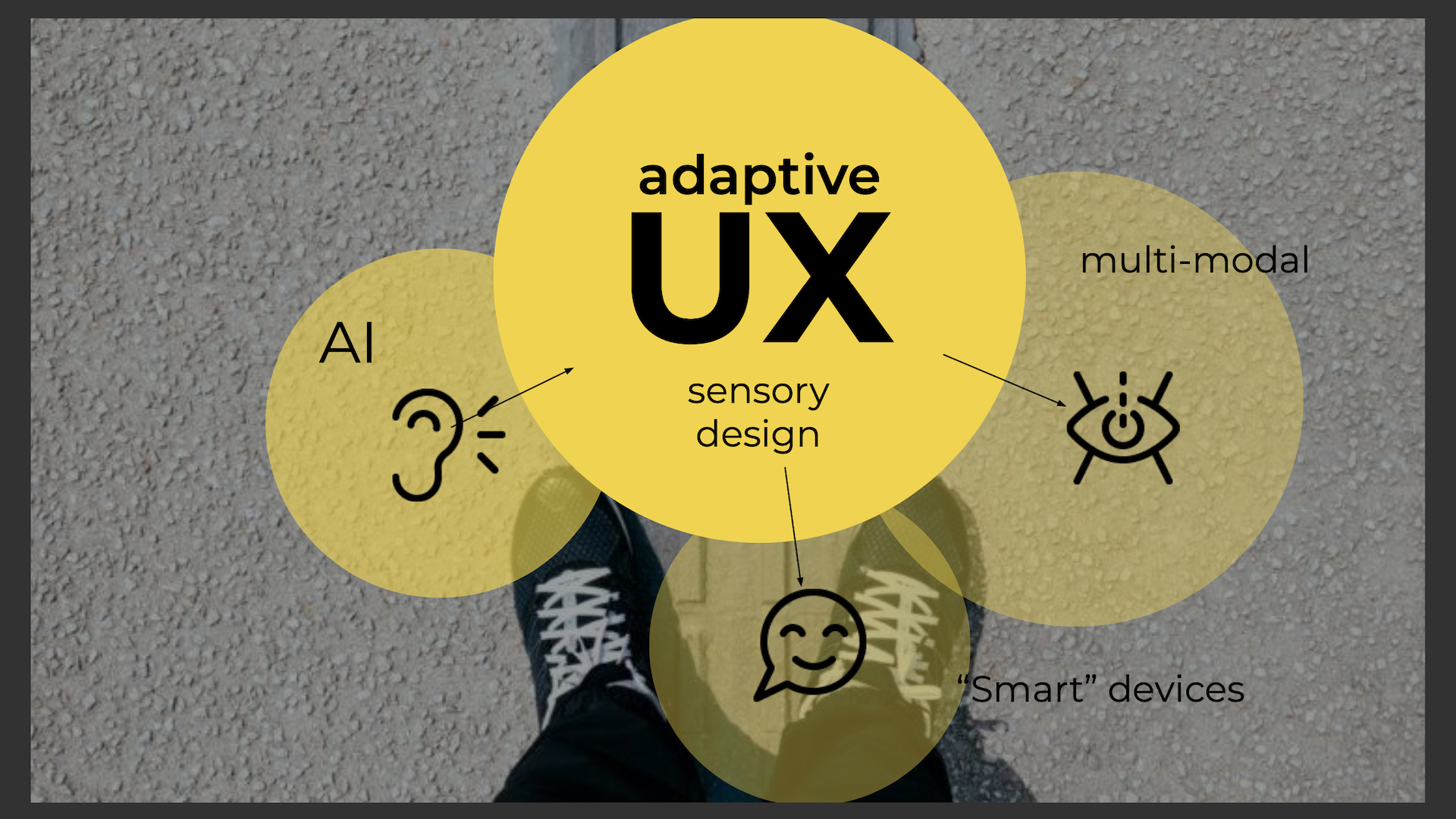 If there’s one thing the speakers during the recent Fluxible TV broadcast taught us, it was resilience — to have resilience, to be resilient, and to build it into the products the tech industry designs and develops.

The pandemic may have heightened the need for resilience, but speakers, such as Lola Oyelayo-Pearson, Shopify’s Director of UX, Multichannel, drilled home its importance for the people who use tech products.

“We should recognize that we're not going to be able to predict the future. But there are times when it becomes very clear that our inability to make space for change really harms us as humans and really harms our ability to kind of pivot and cope,” said Oyelayo-Pearson, who talked about wicked digital problems for the next decade.

We’re in a moment where COVID-19 has super charged every kind of wicked problem, from poverty to the housing crisis, she said. Those wicked problems have spilled over into the tech world where concerns about data and privacy are at the forefront and companies that didn’t invest in infrastructure are struggling to cope with the societal changes the pandemic brought with it.

“You can't future proof, but we actually should be designing with human resilience in mind,” said Oyelayo-Pearson.

On June 4 Fluxible TV took to the airways and replaced Fluxible, Canada’s UX Festival, which was cancelled in March because of the pandemic. Handcrafted with care, Fluxible TV still delivered a lineup of speakers who encouraged us to confront some tough topics, from how to ethically design a research experience involving vulnerable populations to unpacking wicked digital problems.

At times designers have to confront all the ways they’re sometimes hurting rather than helping those who use the products and services they design. It’s a tough place to be, but an important one we now find ourselves in tech. Both COVID-19 and the Black Lives Matter protests have shown us that we can’t just think about designing a better way forward — we must act on it.

Building resilience into products and services empowers the people who use them to pivot when they need to, but also to figure out how to make things work for them, said Oyelayo-Pearson. Tech should enable change — that’s where resilience comes from and it needs to be baked into everything designers do.

That message came through during the Fluxible TV broadcast.

“Designing for all is all about human diversity and inclusion,” design ethnographer Kelly Goto said during her talk about universal design and rethinking adaptive experiences. “It was a big deal in the ‘60s and it’s becoming a bigger deal now.”

While the mantra is tech is often to build fast and fail fast, UX researcher Indi Young appealed for those in attendance to think about slowing down so they don’t cause harm.

“Really time is your friend. Time is the most important thing that I've spoken about today,” said Young, whose talk focused on deeply understanding the problem space to better support people.

She appealed to the UX community to slow down and conduct UX research properly and with the right intention to better understand the problem rather than focus on the solution.

By building resilient research methods that include empathic listening and cognitive empathy, you’ll seek out bias, discrimination, and weaknesses in the way tech has been supporting people that are causing harm, said Young.

“We are letting the speed of things sort of trample over us.… When we're being hasty, we are letting our bias — letting our own experience guide the way that we make design decisions and the way we even make strategic decisions,” she said.

Slow down and think about what’s resilient in tech and what’s not and how it affects people — both those who use products and those who work on them. That was the appeal from many of the Fluxible TV speakers.

Fluxible TV didn’t just talk about resilience it acted resilient too. Fluxible didn’t just pack up when COVID-19 changed the world in March — it reimagined itself into something familiar but new.

The nearly eight-hour streaming broadcast was marked by the kind of content anyone who has been to Fluxible in the past has come to expect: deep dives into important UX topics, such as the cost of not doing UX research, the importance of slowing down and doing UX research properly instead of leading with our own assumptions, thinking through wicked digital problems and what designers can do about it, how universal design is just good design, and designing a research experience for vulnerable populations. There was also a diverse mix of musicians between speakers and UX-adjacent content, such as chef Jon Rennie talking about how he designs experiences for people around food.

But because the broadcast June 4 was Fluxible TV and not Fluxible, the organizing team also leveraged tech so that people could connect and talk, whether they were in Southwestern Ontario, on either Canadian coast, the U.S., Costa Rica, or the Netherlands. There was a Slack channel where attendees could introduce themselves, ask questions of each speaker, or answer one of design leadership coach Maria Giudice’s positive provocations on everything from leadership to ethics, both professional and personal.

“The difference between right and wrong is not a black and white line. It's a grey one and you can decide when it's crossed,” Giudice said during one of her provocations before asking: What would it take to quit your job when the line's been crossed?

And there were “public service announcements”: Steve Portigal on UX research, Margot Bloomstein on using the active voice and how content unifies design, Yvonne Gando on UX writing, Carolyn MacGregor on how to modify a UX research technique — fly on the wall — for a remote environment, Stephen Anderson on collecting stories to build a UX portfolio, and Lou Rosenfeld on how to apply the Zipf distribution to UX design.

The broadcast ended with a benefit concert for Open Ears Festival of Music and Sound and NUMUS — two Waterloo Region arts organizations hit hard by the pandemic. But the musicians who performed showed their own resilience putting together performances from their homes.

Fluxible and Zeitspace (a sponsor of both Fluxible and Open Ears) matched ticket sales for the benefit concert. Open Ears and NUMUS split $5,610.

Resilience was woven throughout this year’s Fluxible TV, from the speakers to the musicians to the broadcast itself. But it needs to carry forward. In our rush to build fast and fail fast, we need to slow down and think about how we’re setting up our future.

Wrapping up the Fluxible TV main speakers, Oyelayo-Pearson said she doesn’t believe we can future-proof tech, but need to design with human resilience in mind.

“What are the opportunities for individuals to pivot and do things different if they have to? How do you leave the door open so the constraints you're working with don't become perpetual constraints for the generations ahead of you? There is an opportunity to do things that mark the test of time because they're creating better outcomes for us as humans,” said Oyelayo-Pearson. “So yeah, remember: We can do something about it.”

But by slowing down and thinking outside of ourselves, we can build resilience into what we do and the people we do it for. That may be the best thing tech can offer the world today and tomorrow and every day afterward.

Zeitspace says thanks to Open Ears and NUMUS with financial support