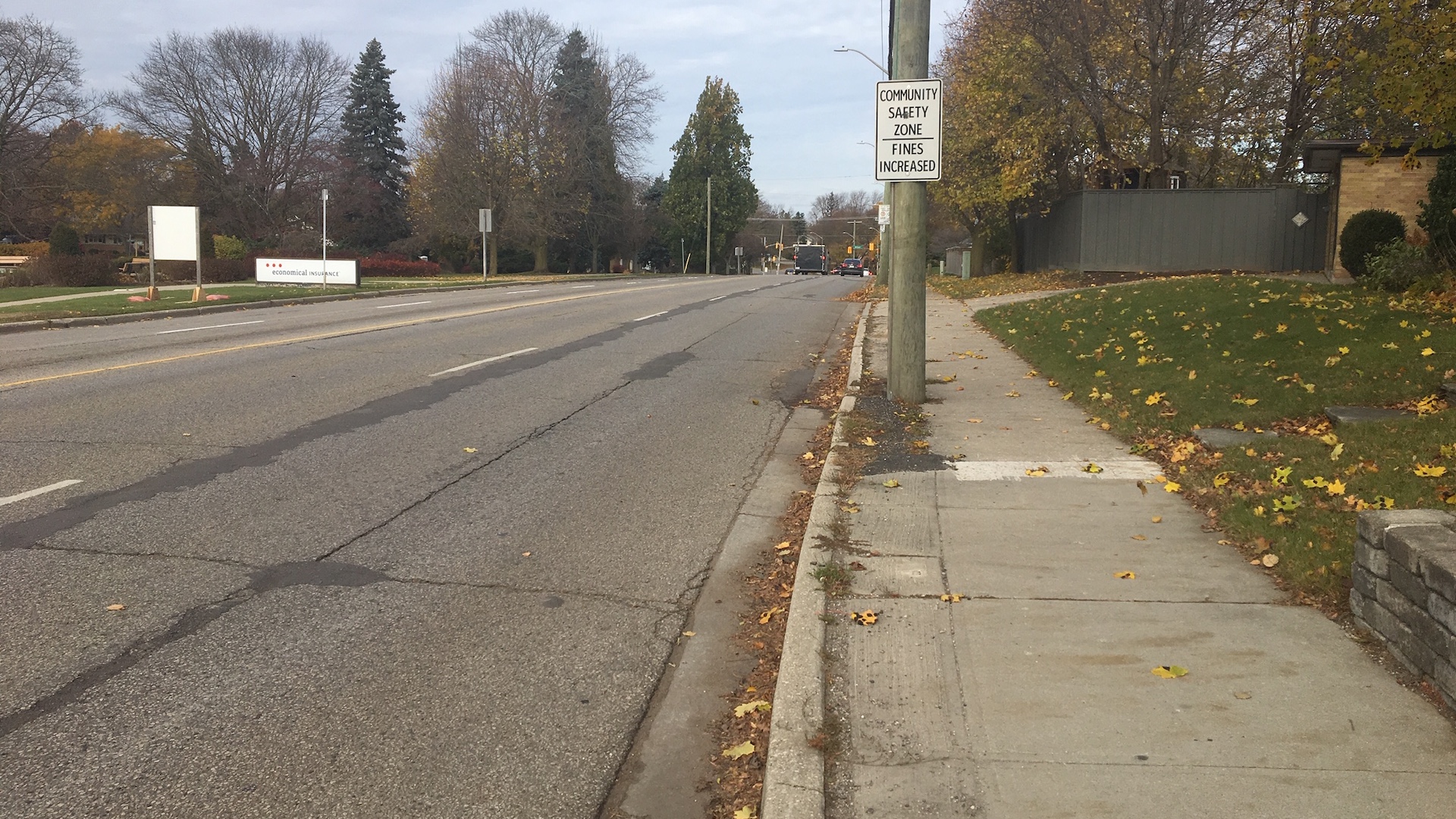 Why cycling advocates are frustrated with plans for Westmount Road

Construction on the Region of Waterloo’s planned roadwork for Westmount Road won’t start until 2023 but it’s already under fire.

Left out of the design for Westmount Road between Glasgow and Erb streets are bike lanes of any kind. And safe cycling advocates told the region’s planning and works committee that that’s not good enough.

“You can see why cyclists get frustrated at times,” she said.

Regional staff weren’t surprised by the comments. Staff said they expected to hear them at a public input session scheduled for November 6. They noted the project on Westmount wasn’t slated as a reconstruction, but a repaving, though staff decided to look at the intersections along the stretch to see whether they could make them safer for pedestrians and cyclists.

Slofstra said it’s not helpful for the region to have pockets of great cycling infrastructure with gaps in between. In order for people to truly make the switch to cycling, she said that infrastructure needs to be connected.

Slofstra was joined by safe cycling advocate David Trueman, who suggested regional staff go “back to the drawing board” with their planned design for Westmount.

“Safety and active transportation should be the top priorities,” he said, adding it’s not just about saving lives but about encouraging people to take up cycling.

It’s no secret that protected bike lanes are a key part of getting people to switch to cycling for some trips. But other research also shows that protected bike lanes lead to a higher number of women cycling, helping close a gender gap. (Researchers in Toronto studied the built environment and found that women were more likely to cycle if they had access to dedicated cycling infrastructure.)

In Canada, women make up about 30 percent of all cycling journeys, compared to places known for strong bike infrastructure, such as Denmark and the Netherlands, where women make up 55 percent of cyclists.

If a city is really bike-friendly, it’ll have a high number of women cyclists, Gil Penalosa, founder of Toronto-based consultancy 8-80 Cities, told The Guardian.

“If there aren’t at least as many women as men, then usually it’s because cycling is not safe enough,” he told the media outlet.

Regional councillor Tom Galloway, who chairs the planning and works committee, pointed out the region has declared a climate emergency. Adding cycling infrastructure helps address that, he said.

“It’s clear that people need a system, a safe system, to convert,” he said. “Piecemeal infrastructure is problematic.”

Until then, the public will have a chance to weigh in on the planned work on Westmount Road either in person at Victoria Hills Community Centre in Kitchener between 4-7 p.m. on November 6 or online at EngageWR until December 1.

4-H gave me a passion for learning and growing. Here’s how I’m paying it forward.