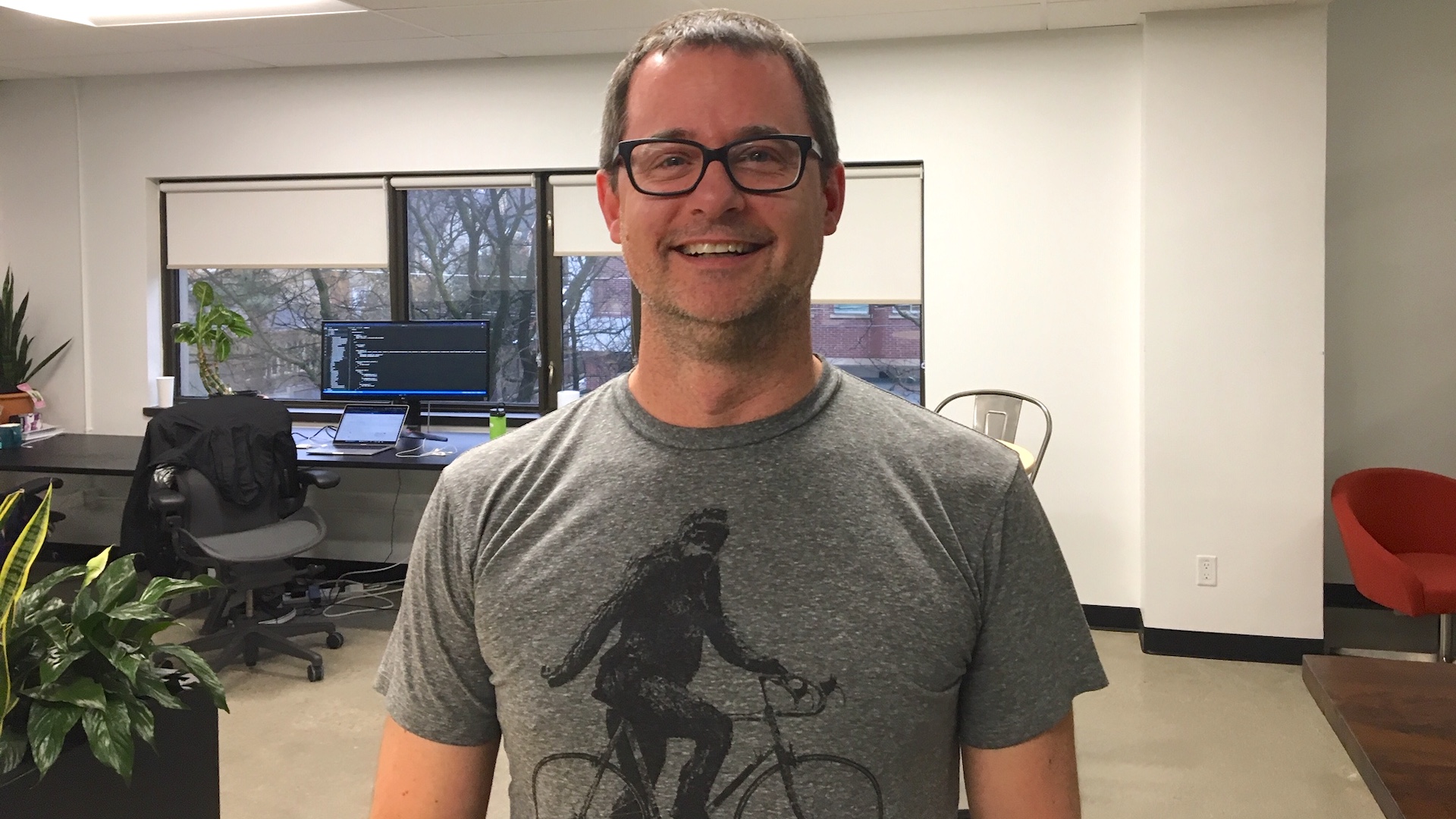 We have a bunch of new faces at Zeitspace. Today we’re excited to share the news that Matthew Reynolds has joined Zeitspace as a ux design co-op. Matthew has had an interesting journey before joining us here. As one might have expected, we asked Matthew a few questions, and we’re sharing his answers below.

I started my career as a developer and remember wanting to speak to and learn more about users and their motivations — often requirements didn’t capture the full story so I wanted to be further upstream! Luckily, product development practices have evolved since then and user representation is more evenly distributed and accessible, in part because of the maturity of UX design. To me, UX design is a way to get closer to users and increase the odds of addressing the actual user need; I love that.

What kind of UX design do you like? Mobile? Web? Something else?

While I have participated in UX design over the years in a few ways, I feel like I am still learning too much to pick a favourite 'child'! I love human-computer interaction and how it embraces so many disciplines and modalities. Designing with an element of physicality is always fun too.

I have recommended Robert Bringhurst's Elements of Typographic Style often and feel it is a rare mix of pragmatic, philosophical, and historical wisdom. Reading it will likely make you a better designer (not just typographically), a more detail-oriented human, and a more careful reader.

One of my favourite books about product development is Sam and Dave Dig a Hole by Mac Barnett and illustrated by Jon Klassen. It's a children's book but I was shocked at how it spoke to me as a developer when I first read it.

And, of course, I recommend Slayer's Reign in Blood album: as good today as the day it was released.

What’s your favourite new (or old) discovery in Waterloo Region?

Beyond that, I would live in the KPL if I could. We are incredibly lucky to have it (and the folks who make it what it is) in the area.

Years ago, after spending quite a while writing code to render text, I realized I was interested in typography. So, in an effort to learn more, I bought a couple of printing presses to refurbish and tinker with. I now have a garage that I’ve never parked a car in, but which is filled with thousands of pounds of old metal stuff, so I’ve got that going for me!

It has been a lot of fun learning how to operate the presses, design within the constraints of hand-set metal type, and collaborate with others on printed things.

I am finishing up a masters degree in human-computer interaction so I’m a bit older than most co-ops. If the opportunity presents itself, a mid-career pivot or tweak is incredibly rewarding and I whole-heartedly recommend it! It is pretty cool that Zeitspace was open to having me on board for a term.