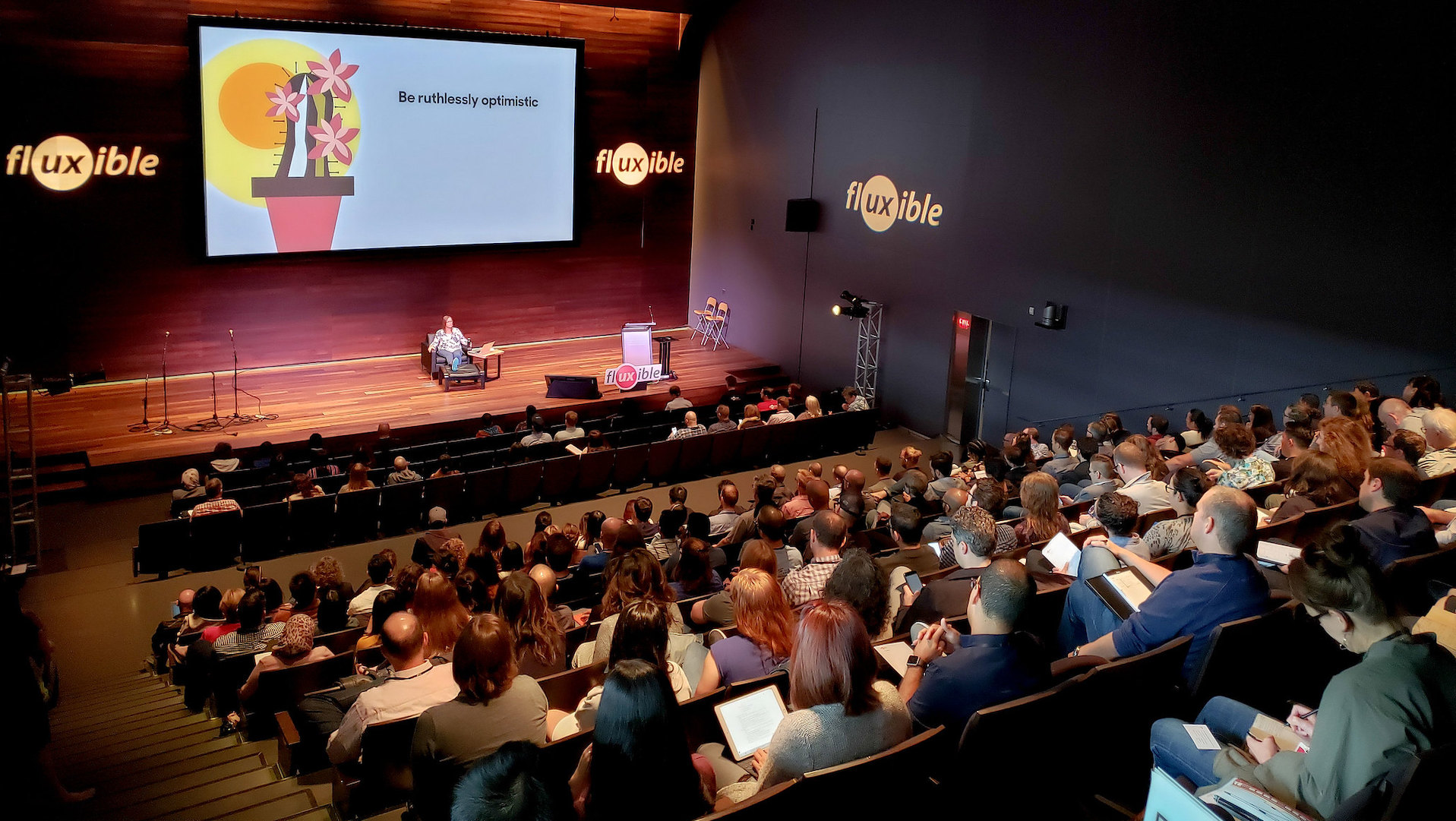 There are some things that just make sense together.

And now there’s another one: Fluxible, Canada’s UX Festival, and Communitech’s True North Festival are both happening at the same time, bringing you an action-packed week in June about everything UX and tech. The overlapping events will bring tech talent to Waterloo Region for a full week of meetups, summits, workshops, and keynote speakers that will culminate in Fluxible Conference on June 6 and 7.

For the last two years, Lot42 was the site of True North and featured speakers and workshops that unpacked how to move the tech industry into one that’s focused on tech for good. The young conference has brought more than 2,000 people to Waterloo Region each year.

If you were at the last Fluxible Conference you already know that Fluxible is moving from September, its calendar home for the previous eight editions, to new dates in the first week of June. That means it’ll overlap with both True North and Open Ears Festival (which Zeitspace also sponsors).

“We’re excited that Fluxible will be happening in the midst of a rich week of complementary events that includes True North and Open Ears,” says Connolly.

This year, True North will feature True North Centre Stage on June 2 and 3. Over two days of programming, it’ll feature five summits at the Perimeter Institute and the Kitchener Public Library’s theatre, and keynote speakers at Centre in the Square in Kitchener. The winners of the $1 million Leaders Prize at True North award, given to a team that best uses technology to fight fake news before it spreads, will also be unveiled.

As always expect Fluxible Meetups (June 1–5), Fluxible Workshops (June 5), Fluxible Conference (June 6 and 7), and more as a part of Fluxible 2020.

The next installment of Fluxible Conference will feature an all alumni line up of speakers. Four have been announced so far:

Indi Young was the first Fluxible 2020 alum speaker announcement. When she last presented at Fluxible 2014, Young led a workshop that looked at practical empathy. She took UX researchers beyond the numbers of product design to help them deeply understand their customers. A writer and UX researcher who has spoken at more than 40 conferences around the world, Young empowers makers to know their problem space, and create inspired product designs through empathy.

In 2015, Janice de Jong led a workshop alongside Susie Simon Daniels and Julia Thompson, on weaving research into a product’s destiny. De Jong’s thread of the workshop explained the purpose of trend research, strategies on conducting analysis, and how trends influence a product’s life cycle. Now a foresight practitioner and design researcher based in Kitchener, Ontario, de Jong believes in understanding today to make a better tomorrow.

Lola Oyelayo, interim director of design for Capital One UK, is back for the latest edition of Fluxible after talking about working in hostile environments that aren’t always open to a designer’s perspective at Fluxible 2019. This is the story of how she made it work anyway. “High pressure environments do teach you and turn you into something beautiful,” she told the crowd during her Fluxible 2019 presentation.

Here’s one easy way to level up your UX knowledge

Why we added an RSS feed to the blog