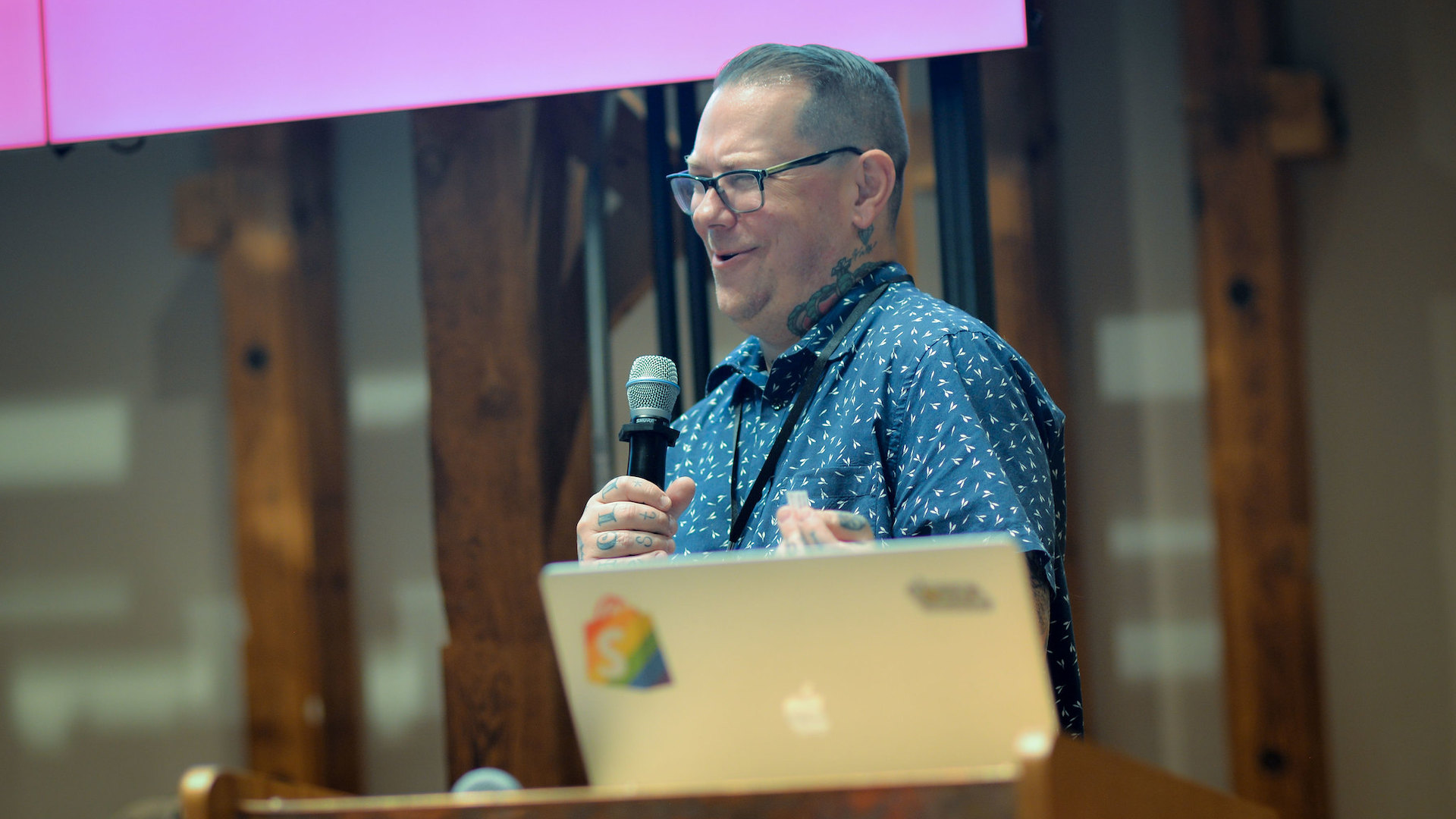 The best lessons Aaron Irizarry learned about being a leader didn’t come from books. They came from his mistakes.

That’s how the head of credit solutions design at Capital One learned that the best way he could show up for his team was by taking care of those in his charge.

“I realized how I carried myself and showed up really drives a lot of the things the team does,” he said.

Irizarry was talking about how to be a successful leader at the latest uxWaterloo virtual monthly meetup to a crowd drawn from beyond the Waterloo Region borders. Some in attendance came as far as Germany to hear Irizarry speak from his home in New Jersey.

And while the event was hosted by uxWaterloo, topics of which generally focus around user experience design, Irizarry confessed that he’s not just talking to design leaders but anyone, including those who don’t manage a team.

As with life, leadership is a work in progress. Just as Irizarry was talking about some of the things he’s working on as a leader — being self aware and present for example — he looked out the window.

“There’s a truck going by right now,” he said, adding he was distracted by it because he was worried whether the audience would hear it. Paying attention to your tendencies and being aware of them are an important part of leadership, said Irizarry.

Leadership is about how you can show up in a way that supports your team to do their best work, he said.

There are several ways to do that:

Recognize and understand your moods. Think about how you’re engaging with and communicating with your team.

“The best leaders are self aware,” said Irizarry.

He said he knows he talks quickly sometimes and can come off as high strung, so he tries to get into a mindset where he can consistently think about slowing down.

Self awareness helps you control your impulses and suspend judgement when things are going as you thought.

“Sometimes leaders feel like they need to be in control of what’s going on with their team,” he said. Allow yourself to feel comfortable with ambiguity and find the right time to bring up your concerns.

Having self awareness also helps you focus on purpose so when a project isn’t going the way you want it to, you can centre back on your reasons for doing the work in the first place.

“It allows me to have optimism in the face of failure,” he said.

“But where I think empathy is most important is when you work with teams and partners,” he said.

If you understand the makeup of other people, then you start to understand what’s driving them and then you can think about communicating with them on their terms.

It’s also important to understand what creates anxiety on your team so that you can better prepare them for it. Irizarry said he once gave a big project to someone on his team to let them shine. When he realized it caused anxiety, he realized he had to explain what he was doing and why ahead of time to help put them at ease instead of just surprising his team with big intensive projects.

One of a leader’s most important abilities is the ability to manage relationships and find a common ground, said Irizaary.

Boosting your emotional IQ allows you to lead with vulnerability and transparency. When you’re not transparent you erode trust and put your team in a position of making assumptions, he said.

“If people don’t have the reasons to work with they’ll fill in the blanks and sometimes it’s the worst-case scenario,” said Irizaary.

Find the right time and place to be transparent with your team so they have enough information to be comfortable and feel supported.

And being vulnerable with your team shows them that you’re able to engage with them in a certain way. Irizarry said he shares his setbacks with his team and lets them see that he’s not 100 per cent perfect.

He said he also communicates openly, but is careful to take note how his communication style affects people. And when dealing with tough situations, he avoids being abrasive so his team won’t react that way when they’re facing a stressful situation.

And as a leader says, so a leader does.

Irizarry said he models the mindset and behaviour he wants from his team.

“I always guinea pig things on myself first so that I can see how it feels,” he said.

And then he gets out of his team’s way.

Micromanaging tells your team that you don’t trust them to do the work.

“That’s one of the worst things you can communicate to your team,” he said.

Not only is it defeating for your team, but it also communicates that your anxiety and stresses are more important than setting up your team for success.

So give your team space and let them work their own way, even if it’s different from yours.

Manage your time well so you can be present for your team, said Irizarry. And create your own personal development plan, then tell your team about it to show it’s OK to make time for that.

Set a standard for your team by prioritizing yourself. Sometimes that means getting a therapist. “Find a way to shed the things we carry,” he said. “How we carry ourselves sets the tone for how our teams work.”

And finally, Irizarry said all leaders need to prioritize their own mental and physical health.

Interested in reading more about Aaron Irizarry? Check out our Q & A with him about why design critique is important and our guide on how to do design critique.

Moving beyond simple searches: How to dig deep with secondary research