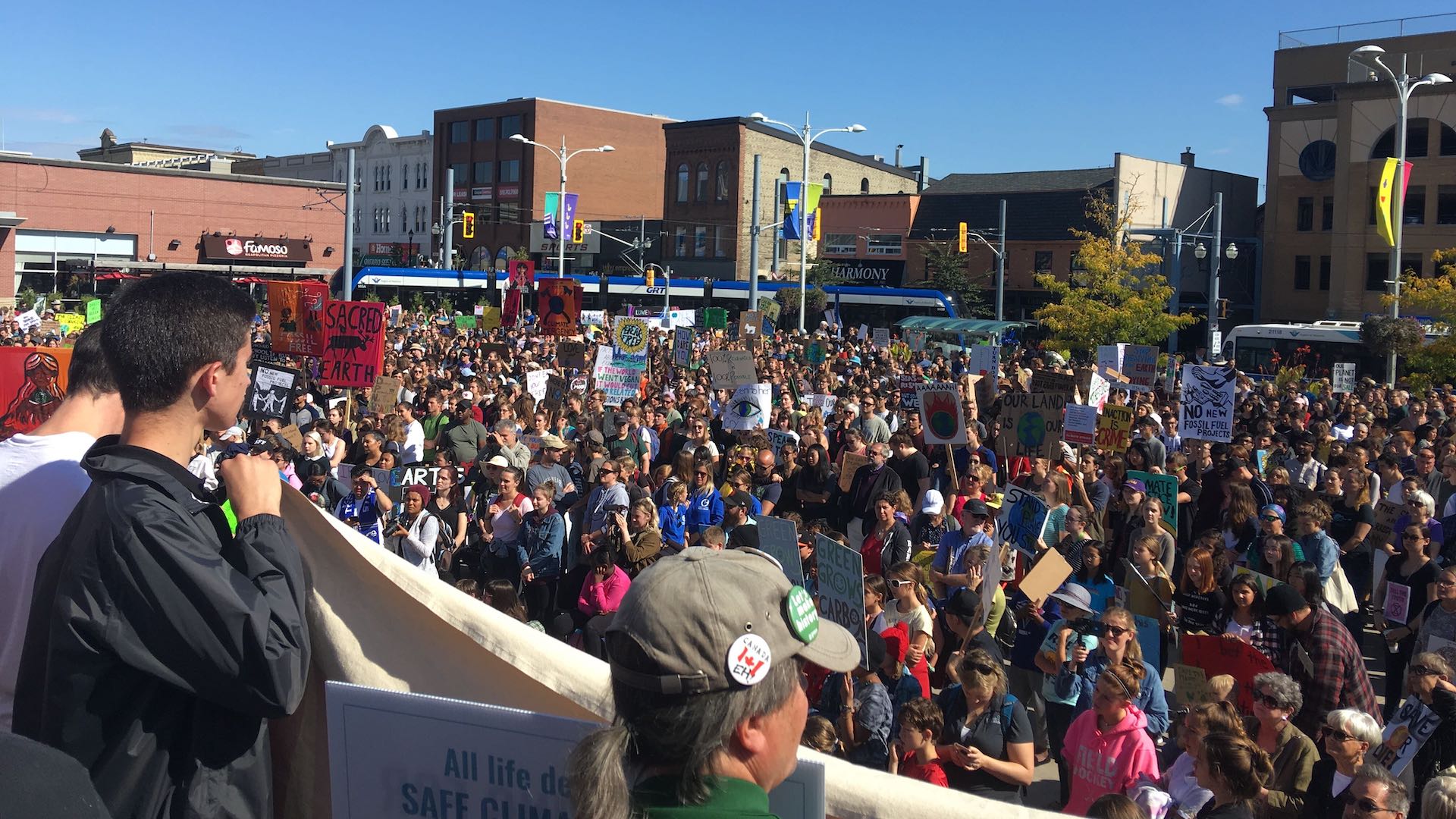 Last week, about half of the Zeitspace team headed to the climate action strike in Waterloo Public Square, just a few steps away from our office.

A couple of people who work at Zeitspace mentioned they were going. Then a few more joined in and suddenly half of us were walking over and joining the large crowd that had gathered.

At Zeitspace, we’ve been trying to do our part when it comes to the environment. Many of those efforts are thanks to Alexis Blondin, a Zeitspace software developer.

Since January, Blondin has been rolling out an environmentally-conscious program at Zeitspace. He’s set up composting in the office, placed signs by our recycling about what’s recyclable and what’s destined for the landfill, and encouraged us to bring in reusable containers for when team members get takeout.

“But I’m trying to waste less,” he says.

The sense of urgency around climate change and how it’s affecting the planet has been growing.

Blondin grew up in France, which is the first country to ban plastic plates, cups, and cutlery.

“I’m from the French Alps and it’s one of the places that’s significantly impacted by global warming already,” says Blondin, who started working at Zeitspace in September 2018. “The glaciers are melting, there is less snow every winter and temperatures are rising every year. I see climate change happening already.”

When you grow up surrounded by mountains and nature, you can’t help but think about how to protect the environment, says Blondin.

Zeitspace has been settling into its new office in Allen Square in Waterloo since the end of July.

Now that the office shuffling is over, Blondin says it was time to focus on being more eco-friendly at work.

The Zeitspace office recently got filtered water, so Blondin is encouraging everyone to bring reusable water bottles (most already do) and reusable coffee mugs. He intends to re-label the office garbage bin “landfill” to better reflect where its contents go. He also plans to create a poster of eco commitments and get the Zeitspace team to sign it so it becomes a contract. And he’s filling the Zeitspace Slack channel with eco-friendly tips.

“I know I won’t save the planet with these habits, but I just want to make people conscious of their environmental footprint,” he says. “There’s a more respectful way to be toward the planet.”

Why did Zeitspace hire a journalist?