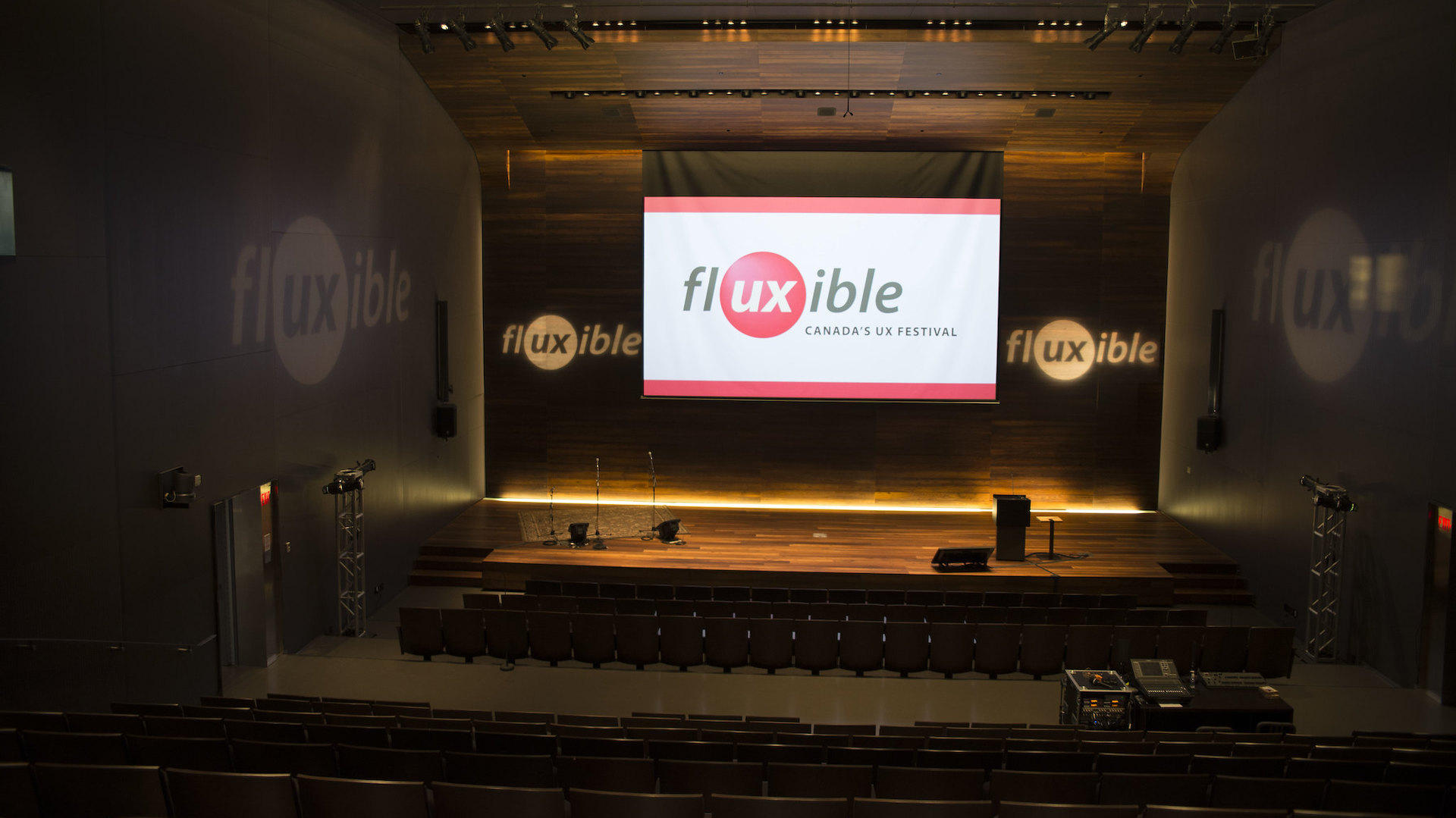 Fluxible and music in perfect harmony

It’s no secret that Fluxible and music go hand in hand. Since 2012, Fluxible attendees have enjoyed more than 100 musical performances (107 to be exact!). And in 2019 and 2020, Fluxible held benefit concerts for Open Ears, an innovative music festival in Waterloo Region, and NUMUS, a concert series which, like Open Ears, has a long history of showcasing music in new and unexpected ways. So it’s no surprise that music will once again be part of Fluxible and that? Well, that’s just music to our ears.

Here, we remember some of the many musicians who have given Fluxible attendees space and time to reflect on the speakers while bringing us joy.

Richard Burrows first performed at the second edition of Fluxible in 2013. He’s performed twice more since then, plus at the 2020 benefit concert. Burrows is the artistic director of the Open Ears Festival of Music and Sound, and is also a percussionist with TorQ Percussion Quartet.

Kathryn Ladano has performed at Fluxible several times — including at the very first Fluxible in 2012. She was brought back because one response on the post-conference feedback survey wanted “more bass clarinet.” Needless to say, she’s one of Canada’s foremost bass clarinet players. Ladano is the artistic director of NUMUS concerts, the director of Improvisation Concerts Ensemble, and teaches improvisation at Wilfrid Laurier University.

I Dewa Made Suparta is a musician, composer, and teacher who performed at Fluxible in 2019. Born to a family of artists in Bali, Indonesia, he was immersed in gamelan music from early childhood. He is a founding member of Gamelan Çudamani, an innovative ensemble based in Bali, and has toured internationally. He’s been an artist-in-residence at Conrad Grebel University College, UWaterloo, he teaches courses in Balinese music, culture, and composition, and is the artistic director of the UWaterloo Balinese Gamelan and Grebel Community Gamelan.

Manar Naeem performed at back-to-back Fluxibles, first in 2019 and then again for Fluxible TV in 2020. Naeem is a physics student at Wilfrid Laurier University minoring in computer science and math. She has been playing Oud for about 12 years and teaches children and adults how to play the instrument at the Canadian Arabic Conservatory of music. Since arriving in Canada from Syria, Naeem has performed with the Canadian Arabic Orchestra and has performed at different events across Kitchener-Waterloo, Mississauga, and Toronto.

It was a special treat when Julian Berg, a flamenco guitarist from Oslo, Norway and Carmen Romero collaborated together for the first time as a guitarist-dancer flamenco duo at Fluxible 2019. Berg has trained with renowned flamenco guitarist, Paco Peña in The Netherlands, and is co-founder of the Little KW Flamenco Fest, one of Waterloo Region’s newest multi-cultural contributions to our family-friendly art scene. Romero is the founder of Compañía Carmen Romero, a flamenco dance and music collective based out of Toronto.

Ben Grossman, a musician and sound artist, has both performed at Fluxible and presented on the UX of musical tech. In 2016, he performed on a contemporary electro-acoustic string instrument called a hurdy-gurdy. In 2018, he talked about how performers and creators can feel invested in their work, engage our audiences, and explore new musical realms in an era of music-tech industrialization.

Five-time Canadian Country Music Association Fiddle Player of the Year Shane Guse is a top call musician on stage, radio, television, studio and beyond. And Fluxible attendees got to see him in action on the Fluxible stage in 2014. He is also the founding member and leader of Canadian roots supergroup The Western Swing Authority. The group comprises some of Canada’s top studio and touring musicians, whose critically acclaimed album is enjoying airplay all around the world.

MaryCarl Guiao is a composer who performed on Filipino gongs at Fluxible 2018. In 2019, she did the live accompaniment for the play Hilot Means Healer, which is set during the Japanese occupation of the Philippines. She works to spread appreciation for, and bring awareness to, art and sounds that existed before colonization.

At Fluxible, musicians aren’t revealed until they’re performing and you just never know who’s going to grace the stage. That was certainly the case in 2016, when Fluxible attendees got to see Bob Egan perform on a pedal steel guitar with electronics. For more than 17 years, Egan was part of Canadian country rock band Blue Rodeo before leaving for a role with the Kitchener Public Library in August 2016.

Matt Brubeck is a talented musician — he plays cello, bass, keyboard, and composes and arranges music. He’s worked with Sheryl Crow, Yo-Yo Ma, and received a Juno Award in 2012 as part of Stretch Orchestra for Instrumental Album of the Year. And Fluxible attendees were lucky enough to see him perform three times: first in 2016, then again in 2018, and at the 2019 benefit concert for Open Ears.

Fluxible 2021 will feature musical performances during its big broadcast June 10. Musicians from near and far will perform on its virtual stage and tickets are on sale now.

Designing a gaming platform for kids