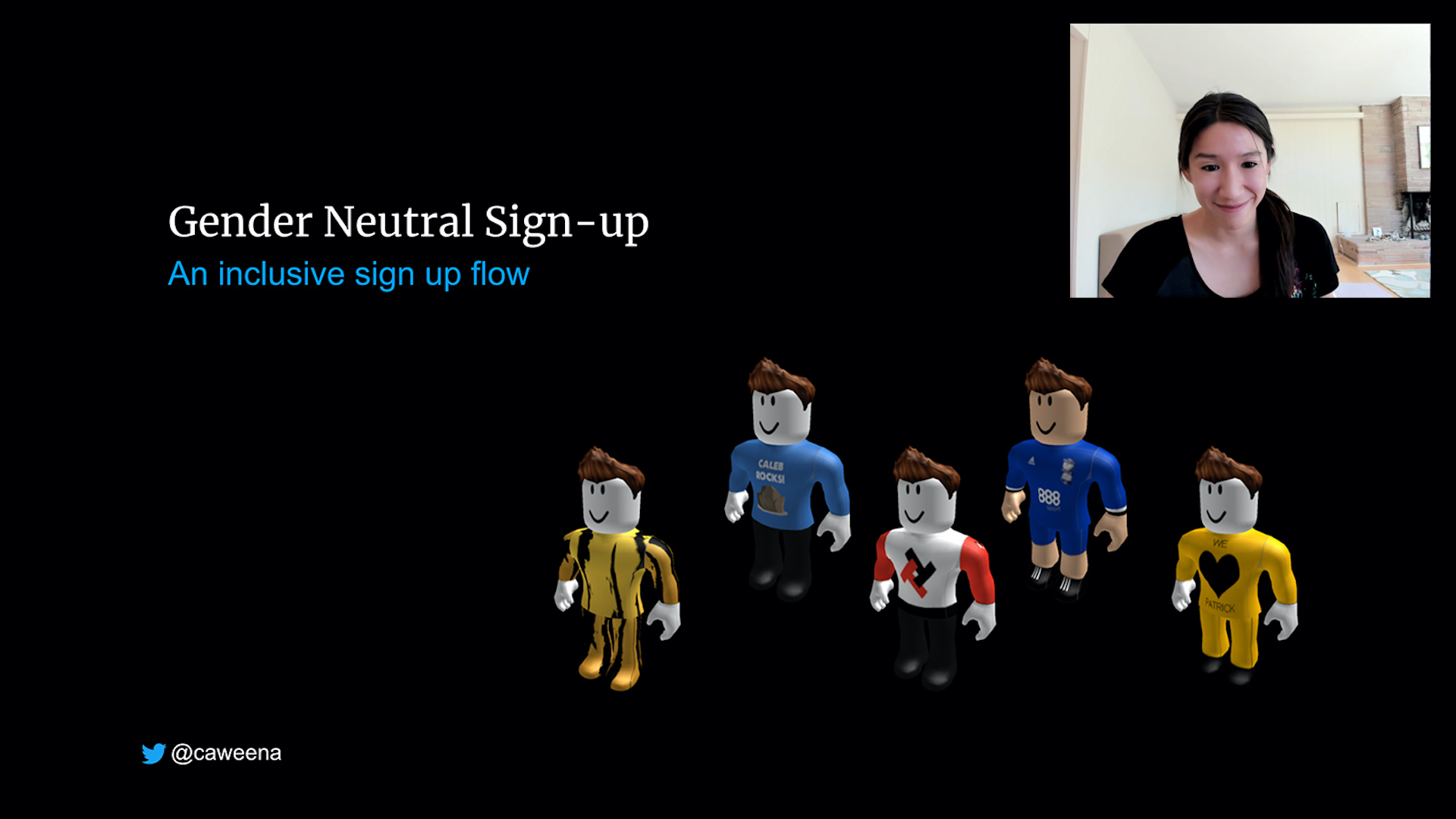 Designing a gaming platform for kids

Carina Ngai was never really a gamer. So when the video game company Roblox reached out to her two years ago to join their design team, Ngai wasn’t sure.

But when she saw that Roblox was a collection of games created by its creator community, and a place where kids play together, hang out, create and share experiences, she was intrigued.

“I ended up being part of the design team of Roblox because there are so many design challenges especially around the ethics of games. I feel like it’s my responsibility and duty to make sure that we’re not just designing addictive games for kids but really designing for meaningful connections,” said Ngai, who leads the player experience design team at Roblox.

Ngai joined April’s uxWaterloo meetup virtually from San Francisco where she’s based to talk about the challenges of designing a gaming platform for kids.

She was drawn to working with Roblox because the platform came with interesting design challenges: How do you apply inclusive design principles? How do you explore the topic of trust and safety when your main users are between the ages of eight and 13? How do you allow kids to explore identity through avatars and costumes?

“We are envisioning a new form of virtual playground that is inclusive and diverse,” said Ngai.

Her role at Roblox merged aspects of design that Ngai said she’s long advocated for and are near and dear to her heart: Inclusive design, research, and emerging technologies.

Because Roblox caters to younger users, and often those kids and teens are finding their identity, the platform experimented with letting users explore identities. If they wanted to be a monster, or a pet, or create their own clothing, they could on the virtual platform.

“It’s a place where you can safely explore. Kids are really imaginative so it provides a venue for them to explore,” said Ngai.

Challenges of designing for kids

When Roblox redesigned their catalogue, they did it with freedom of expression in mind. But it brought interesting design challenges too: The goal was to make it fun and easy for kids to explore identities, but it also meant that the platform had to address gender. When kids sign up for the gaming platform, they’re asked to provide a name, age, and gender to register.

“One of the problems we’re trying to solve is we may lose some users who don’t want to reveal their gender or identify with non-binary genders,” said Ngai. So Roblox redesigned its sign up form and ran an A/B test — one form that included gender and one that didn’t.

“We wanted to have a more inclusive sign up flow. We decided to make these changes based on doing the right thing for our users,” said Ngai. The decision, she added, wasn’t about getting more people on the platform but about making the platform more inclusive.

“We don’t want to look at the immediate business impact just yet we want to do the right thing in terms of design,” she said.

And the design challenges continued even after Roblox removed gender from their sign up forms. Because the company uses self-reported age and gender to determine a player’s avatar and recommend games, could Roblox still provide a great first-time experience for their young users, the team wondered.

“If they don’t give us a gender how do we give good recommendations for games? How do we figure out this complexity around gender? So designers started experimenting with the sign up process and thought, what if it’s not a form? What if we allowed players to choose characters and mixed in non-gendered avatars?” Ngai said of how they approached the problem.

But the team was a bit discouraged after a series of A/B tests revealed that gender signals actually did seem to matter — players who had revealed their gender spent more time playing games on the platform.

Even though the testing was impacting their bottom line, Ngai said they felt that it was the right thing to do so they let the A/B tests continue. What they discovered was interesting: The importance of gender diminished over time. That’s when Ngai and her team realized that what users wanted was a personalized experience that had little to do with gender.

“It can just be about what kind of game you are interested in and can we make better recommendations for those things,” she said, adding the A/B tests turned out to be successful. “We want the process to be sensitive. We don’t want people to be biased and forced to choose a binary gender.” 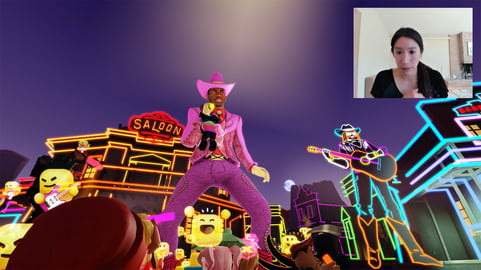 Before the pandemic, people played Roblox together in their living rooms. Now, people are playing remotely together. When pandemic lockdowns began in March 2020, Roblox saw usage surge 40 per cent from the month before. In one recent study, Roblox realized that the primary reason for players to play was to socialize with their real-life friends.

“It’s an interesting phenomenon. We don’t really think of the product that way. When we think about gaming and design it’s very much a one-on-one experience. Now there’s this whole experience of, ‘I’m playing a game but I’m playing a game with you. I want to be connected with you,’ ” said Ngai. “If their friends are not available, they don’t want to play.”

Roblox isn’t the only company to come to that conclusion. One study out of the Netherlands found that kids who play video games interactively with friends are less lonely while doing so.

But Ngai said there are some downsides to playing with friends: Some players gave up their favourite games to play other games — even ones they don’t particularly like — with their friends. And the dynamics that happen in real life play out in a virtual world too: Kids are laughing and giggling and having fun, but also sometimes get upset and angry with each other.

That’s all happening over chat on Roblox. The gaming platform has robust filters in chat to screen out swear words and all numbers because numbers can contain personal information. So if someone types in a number, it shows up as hashtags. And the platform uses algorithms, among others methods, to keep its chat filter up to date with the latest slang.

“We don’t want people to feel bullied so we screen it out. However, a restrictive chat can be a very frustrating user experience. Sometimes it can be a sea of hashtags, even if it’s unintentional,” said Ngai. Younger players tend to make typos, Ngai pointed out, or unintentionally use words that trigger Roblox’s algorithm, leading the platform to censor the chat. Concerned about creating an experience that frustrates its young users, Roblox is exploring other ways to allow players to express themselves without chatting or talking.

“Other than improving the chat filter system, which is the first thing everyone would dive into, can we imagine a new way for communication between young players?” Ngai asked.

The platform began playing with emoji-based communication that turned into a set of dance moves featured in a Lil Nas X concert last November on the Roblox platform. The concert, which spanned two days, was viewed more than 33 million times.

The concert was one example of how to be socially connected when we physically cannot, said Ngai, who invited her parents to the show.

“We are designing an online world for a shared social experience,” she said.

That experience allows players to make and keep friendships, while exploring who they are without the restrictions present in the real world.

“You really can be whoever you want without any restrictions,” she said. “The games become a collection of experiences that you can sample.”

Fluxible and music in perfect harmony