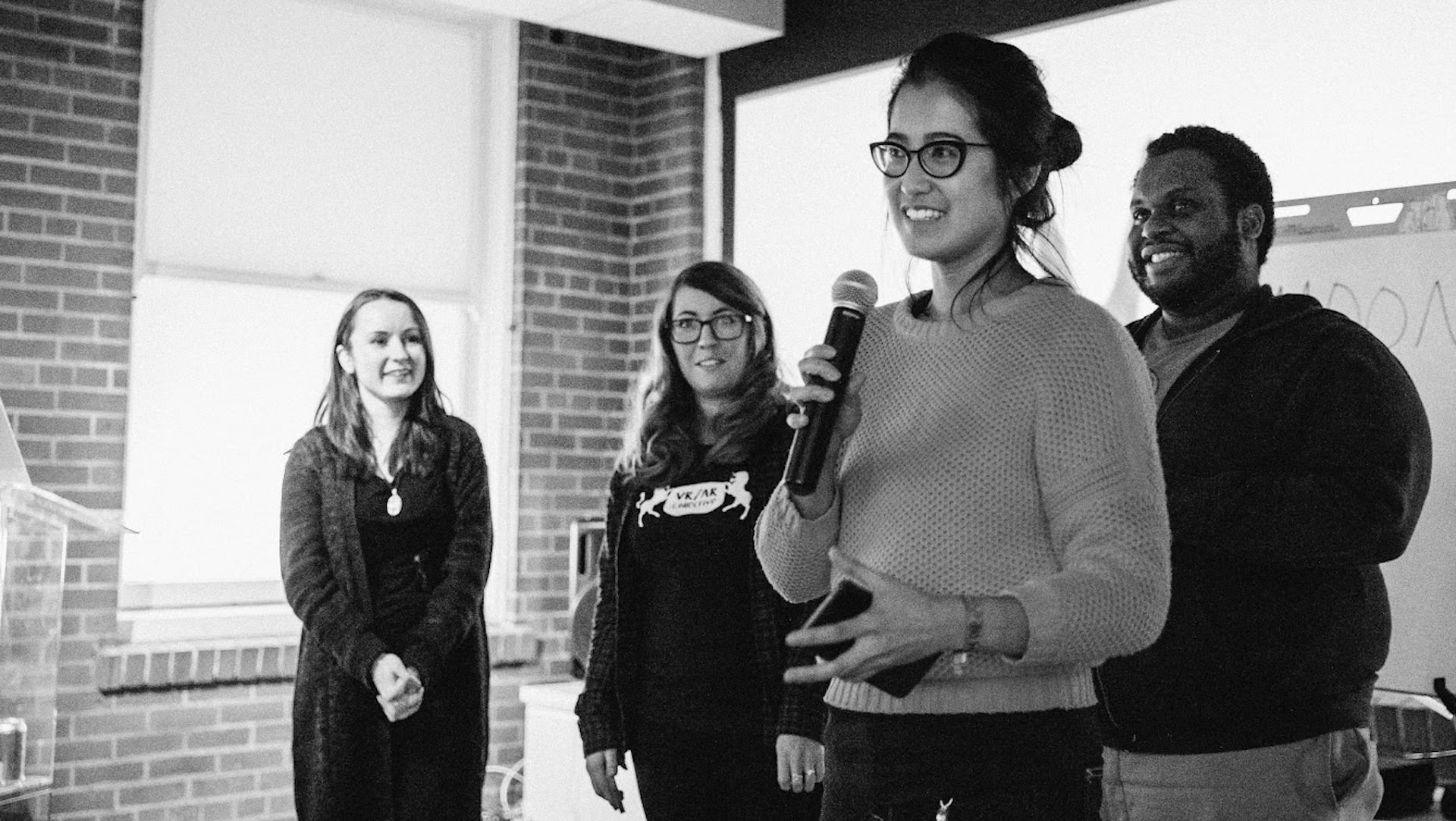 Advocating for users in a remote world

No watercooler conversations. No impromptu bump-ins. No quick coffee chats.

The pandemic has largely erased all the ways user experience designers and UX researchers used in the past to get on the same page as developers, each other, or the people they’re designing for. That’s all meant that designers like Di Dang, a former Fluxible speaker who works on the Google Stadia team, now has to be more intentional about advocating for users. Those previous impromptu bump-ins? They’re now formal meetings with developers and others on the team.

“There’s less spontaneity. But at the same time, because it’s more formalized, it means that we all need to be a lot more intentional about how we ask for each other’s time,” said Dang, who is based in Seattle.

As part of our ongoing series about how UX researchers and designers are adapting their work to a remote world, Zeitspace’s Kelly Pedro talked to Dang about how she advocates for users in a remote world, the value of 15-minute meetings, and more.

How has the pandemic changed how you’ve approached your work?

In my role as a UX designer I’m either seeking consensus and alignment around design decisions or advocating for the user. Or I am, heads down in Figma or some kind of prototyping tool and actually creating designs.

The pandemic has definitely made it harder to seek alignment and consensus, just because you don't have the so called watercooler conversations or impromptu bump ins, like, ‘Hey, let’s just grab a coffee and walk outside and chat it out for a bit.’ So that makes it a little bit trickier. I need to be more intentional and formalized in terms of how I make time with people to seek alignment and advocacy.

When you say you’re more intentional and formalized when you’re advocating for the user and trying to get everyone on the same page, what does that look like for you now?

It depends on how strong of an opinion or perspective I already have formed. For instance, say I have something I’m riffing on for a feature idea or a new process for how the team works together and it’s super early days. I’ll try to figure out who are the people that I might ally myself with and maybe set up one-on-one chats with them. Depending on how receptive they are, I’ll take their feedback, and I might incorporate that into a brief or into an actual design, and then set up follow-ups with them based on that.

I think one part of it is how big is that idea in my head already and another part is how do I go about seeking the partners that I need to make this happen or make this idea stronger? I see it as a slider between how I reach out to people for one-on-one conversations and how big is the artifact that I can make around it. Am I actually designing something? Am I putting a brief together? I slide back and forth along that spectrum depending on where I am.

On the team that you’re working on right now, do you have regular opportunities for structured critique already?

Yeah, we have design critique every Tuesday, and it’s bookable slots that anyone can sign up for. There’s also a healthy infrastructure of office hours on a weekly basis. That’s for anyone on the team that has issues they want to get resolved or get feedback. For instance if I’m working on a design, and I think we may need a new component for it, then I might book time with the design systems team to run the idea past them. If it’s something where I have a design that’s more fleshed out but it’s not fully baked yet, I might bring that to design critique, because then the entire team can weigh in and they can bring up other aspects of the experience that I hadn’t considered. So it really depends on what scope of audience I want, and what particular thing I’m looking for feedback on or a solution.

I know you’ve only been on this particular team for eight months, but is there any sense of ‘This is actually working really well for us so we’re going to continue this aspect of it post-pandemic,’ whatever that looks like?

We’re a distributed team — some of the UX team is in Munich, Waterloo, Seattle, or in the (San Francisco) Bay Area. Maybe in the future, we would reconsider when we schedule certain activities. One thing I would be interested to see how we evolve on is design sprints because, of course, we’ve been doing it virtually up until now. But I’ve seen other teams who’ve led a hybrid sprint where you have different teams sprinting from their respective meeting rooms. So it would be interesting to see how we approach that.

What design and research tools are you using now, if any, that perhaps you weren’t before?

Pre-pandemic I wasn't using a lot of tools for consensus and alignment. I hadn’t used a Jamboard. I definitely wasn’t using Zoom. I wasn’t using Google video conference. I feel like the key buckets of tools I was not using prior to the pandemic either fall under the bucket of video conferencing or whiteboarding.

Are there tools that you’ve stopped using?

I haven’t used Post-it notes in a really long time. I feel like I used to use that on a daily basis. I don’t use pen and paper as much or anything that can’t easily be virtually transmissible.

Is there anything you wish you knew 20 months ago that you know now with respect to your work and how you’re approaching it as a designer?

So many things. I wish I knew for one that we would be having this conversation 20 months later.

I’ve now learned the value of 15-minute meetings, especially when it’s initial meet-and-greets, or just getting quick feedback on an idea or trying to get early buy-in. Oftentimes, you don’t need half an hour. I feel like especially now with the pandemic, my calendar gets eaten away so quickly by half-hour chunks and I’m like, ‘Where did all that go?’ A lot can be accomplished in 15 minutes and if it can’t then find time later in the week or the following week. More often than not, I will get good feedback in 15 minutes that I can iterate on before the next 15-minute follow up. I wish I had realized that.

Facilitating workshops, design sprints, things like that, I wish I had known from the beginning some of the lessons we’ve now learned, like forget about a week-long design sprint. How can we get clever about how we break this time up — whether it’s doing it across two days, or breaking out a sprint across a period of two months?

Previously a sprint used to be synchronous — everyone’s in the same room for the same amount of time. But what activities can you do asynchronously? How can we get flexible about who we bring in for a design sprint? Who are the people who are actually sprinting versus the people who are more senior stakeholders or leadership that you need to weigh in at certain key points?

One of the things I've learned from the pandemic when it comes to facilitating workshops was that prior to the pandemic it was almost easier in a sense, because you could just show up in the room and wing it to some degree. Because everyone was in the room you largely had a captive audience with engaged energy throughout that period, but now that’s not at all guaranteed. Now people have kids, they have dogs, they have things going. So I need to be a lot more thoughtful and rigorous and methodical now about how I structure activities, who I bring together. I like to spell out the goals we’re driving towards. It’s not that things need to be more prescriptive, but I guess it kind of goes back to the heart of the very first question you asked me where now there’s not necessarily room for organic spontaneity and random conversations. Everything needs to be intentional and formalized and that extends through design, workshopping and sprinting. So it just takes a lot more time, a lot more energy and effort to drive up actionable outcomes.

How to turn your ideas into a book

How product marketing helps products succeed before and after launch