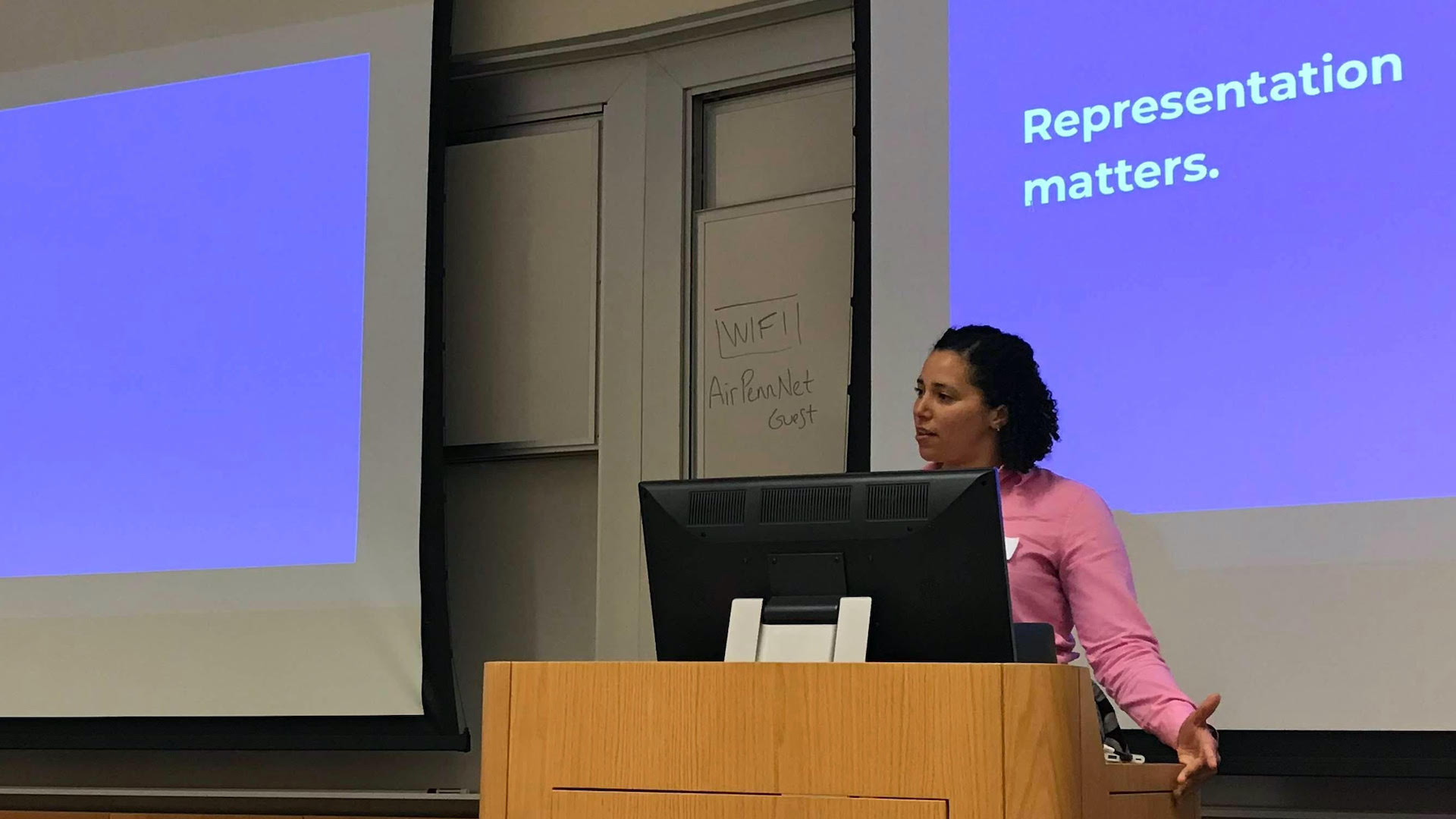 Trying to build culture on a team of UX designers and researchers when half of your team is new and working remotely is never easy. Anyone who’s had to onboard new employees since the pandemic began can probably relate. But Sara Hall, user experience director for the City of Philadelphia, is making it work, thanks to a mix of regular check-ins, one-on-one meetings, and scheduling unstructured time with her team every week.

“It’s not about ‘Are people doing the work?’ Because I know they’re doing the work. I know they’re doing good work, but it’s about how can I make sure people have my support as a leader and make sure they feel free to ask me questions, or have that equivalent of tapping you on the shoulder or saying, ‘Hey, what do you think about this?’ ” said Hall. “I wanted to try to promote that culture. I think we're getting there.”

As part of our ongoing series about how UX researchers and designers are adapting their work to a remote world, Zeitspace’s Kelly Pedro talked to Hall about the challenges of remotely building a culture with a new team and the value of facetime with her team.

How has the pandemic changed how you’ve approached your work?

I think we’ve had to move a lot quicker since the pandemic started. There was a lot of uncertainty as it began. I remember having a few meetings with discipline leads and it was just us working because the city wasn’t sure what to do. As the pandemic started, we just learned a lot about burnout and people’s comfortability. And I’m still trying to build a culture when half of our team is new. How do we make sure that we have this culture? I ended up kind of instituting morning check-ins that weren’t even about the work we were doing. It was just like a ‘hey.’ I wanted to emulate the ‘I’m going into the office and saying hi to everyone in the morning,’ and then in the afternoon have a check out. So we were pretty rigorous in that check in, check out.

A lot of our work was still onboarding new folks, so getting them used to phila.gov as a platform. We’ve branched out to work on applications in addition to the website, so we’ve kind of expanded our scope of work and it just kind of was getting everyone up to speed and a lot of one‑on‑one time with these new folks.

I would say I never was really a fan of meetings, but I now value what facetime is. We do spend time during the week that feels unstructured, which is really nice for the team. I think what remote work has done versus being in the office is that we don’t get that facetime. I can go certain days without seeing my team, which is kind of weird for me. And I wanted to not have that. It's not about ‘Are people doing the work?’ Because I know they’re doing the work. I know they’re doing good work, but it’s about how can I make sure people have my support as a leader and make sure they feel free to ask me questions, or have that equivalent of tapping you on the shoulder or saying, ‘Hey, what do you think about this?’ I wanted to try to promote that culture. I think we’re getting there.

Which design and research tools are you using now, if any, that you weren’t before?

Right at the beginning of 2020, we had discussed using a white boarding tool because we facilitate conversations between department partners. You know, we wanted to make sure we could articulate our thoughts. I think for me, it’s mapping out a process with the department and saying, ‘Oh, it actually doesn't go this way. So let's just move it.’

We’ve started facilitating some more workshops around certain product features on the site and really using Miro for more constructive conversations and for critiques. For instance, we were just reviewing typography on Philadelphia.gov because in 2015 we were using 14 point open sans and the convention now is anywhere from 15 to 17. So we're moving it to 16 point Open Sans. When you change the font size, it’s not a small thing. … (Miro) has become such a great tool as a part of our process, especially because we all work as a team, but we also have different projects we’re working on. We can't always sync up sometimes and that’s okay.

We only used Sketch for a while and we brought on Axure earlier this year because we wanted to have more robust prototyping and we want to do it quicker.

We always think of how to scale our work. I think because we're a small team, there’s a lot of projects we want to try to impact and do as much as we can, but we’ve been working with the software engineering team to build out standards. So it started with button styles. Developers can go in and the code is already written and they can spin up something really quickly. And that actually has been really helpful with some of the things we’ve had to move quickly on.

The security and structure around (Microsoft) Teams and the Microsoft suite has been really valuable. We tie all of our project work to specific channels. We had some pretty good organizational structure before, but I think working on these different teams in a larger organization or a larger part of the city and with different department partners, having dedicated spaces and being able to keep it organized is really, really helpful. And it seems like such a simple thing, but when you go and try to find a file that someone posted it’s there. If you establish that structure early, you don't have to go looking for it.

Is there anything you wish you knew that you maybe didn't when the pandemic began?

I think one of the things I’ve been consciously trying to do over the past few years is reduce waste. I was a big paper person, but now I have many whiteboards that I have around and I have tried a few digital notebooks, but I’ve really actively tried to put things into the computer for storage. I think being remote and having a computer in front of me has kind of forced that a little bit more.

Is there anything you wanted to add or say that maybe I haven’t asked you about that you thought was important?

We’ve actually changed our meeting structure as a team a few times. In the beginning, we were doing every single day, morning and afternoon, 15 minute check-in, 15 minute check out just as a, ‘Hey, how’s it going?’ Or, ‘See you later.’ Then we all started getting tired and I asked the team, is this valuable? And it wasn’t.

When we have new employees, we tend to beef it up because right now, I do bi-weekly one-on-ones with the folks who have been around the city for a little bit longer, and then weekly with new people. Then we have a review meeting and we just spend time talking about all the work we’ve done.

We still have a few morning check-ins twice a week. So I think the value of a bit more defined meetings and having these tools that help you document any issues that might occur. I want to make sure my team has enough time to do quality work. And that’s probably the most important thing for them and us, but I also want to make sure they have the time and the space to brainstorm and think and be a part of conversations that we would have in the office.

Miss a story in our series? Catch up on how UX designers and researchers have adapted their work during the pandemic now.

How product marketing helps products succeed before and after launch

Designing education software during the pandemic