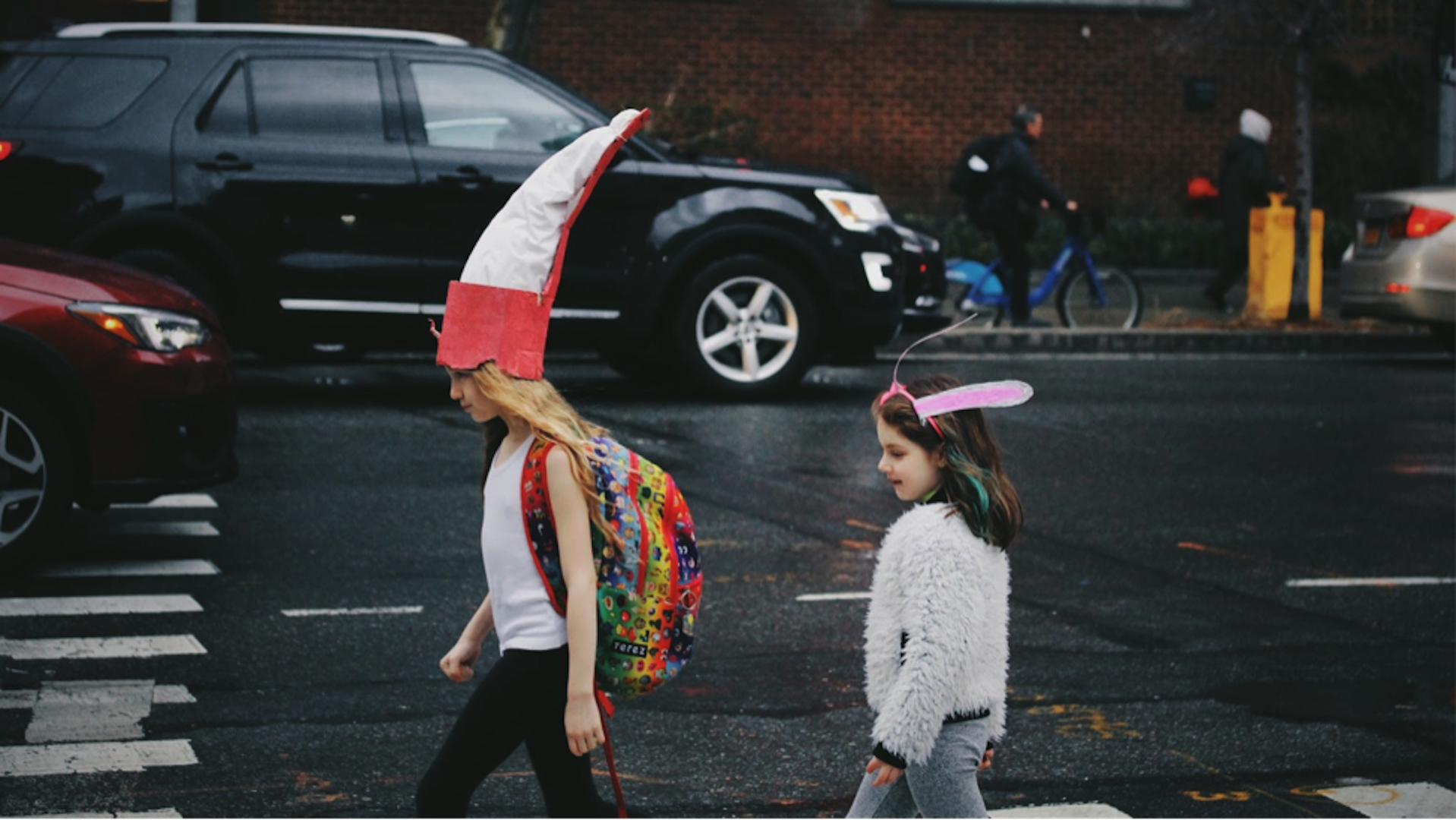 New campaign encourages kids to walk and bike to school

When school starts in a couple of weeks, Dorothy McCabe’s two daughters will walk or bike there every day.

“We don’t drive them, not even when it’s raining,” she said, with a laugh.

School is about a 15-minute walk away and McCabe’s daughters have always walked or cycled there since the family moved to Waterloo from a small town in 2017. A big part of the move, said McCabe, was to cut down on how much they were driving.

“My goal is if you live in a city, you should be able to access where you want to go using active transportation options,” she said.

On Aug. 19, McCabe will join a virtual panel as part of a campaign called “discover your superpower” to encourage kids to walk or cycle to school when classes begin in a couple of weeks. The panel on the CycleWR Facebook page kicks off at 7:30 p.m. and gives parents a chance to hear about the benefits of kids’ walking or cycling to school and the logistics of active travel. It’s also a chance for parents to ask questions.

A Statistics Canada survey revealed that more commuters are walking or cycling, rather than using public transit because of the pandemic. And because school buses can’t maintain physical distancing, the Ministry of Education is recommending kids walk, cycle, or scooter to school.

“I think a lot of parents are wondering what to do right now and they’re looking for alternatives and this campaign will help to support choice,” said Leslie Maxwell, the school travel planning supervisor for Student Transportation Services of Waterloo Region (STSWR).

One of the biggest strengths of the campaign is help with route planning, especially for parents whose children may be walking or cycling to school for the first time, said Maxwell.

“I think it’s a key part of making this viable for parents, especially when they don’t know all of the infrastructure that’s in place. Our streets have changed a lot in the last five years,” she said.

In Waterloo Region, cycling to school became easier and safer when the region installed temporary separated bike lanes on some regional roads in July. The lanes, which will come down at the end of October, originally overlapped with the walking boundaries of 31 schools (the region has since removed the temporary bike lanes in Cambridge).

McCabe often cycles with her daughters on routes that don’t have protected bike lanes. But when one of her daughters first used the temporary protected lanes, she was excited to cycle with her friends — and without her parents, said McCabe.

“It’s given them a sense of independence,” she said.

The virtual panel is just the first step in the campaign. From August to October, organizers will help families find a safe way for kids to get to school on their own. CycleWR is partnering with teachers, STSWR, ClimateActionWR, and Cycling into the Future on the nearly three-month campaign.

“We need to deliberately put people’s minds at rest that these other options are actually safe,” said David Trueman, interim chair of CycleWR. “We wouldn’t be advocating for this if it wasn’t safe for kids.”

He hopes the campaign, coupled with the temporary separated bike lanes, will change the transportation patterns of kids who are driven to school.

Not only does walking, cycling, or scootering to school help improve concentration and mental health — a 20-minute walk to school boosts concentration levels by up to four hours afterward — it reduces traffic in front of schools, keeping those streets safer for students.

“We’re on the verge of really impacting children’s independence,” said Maxwell. “We’ve done a lot to reduce their independence based on fears and we’re on the cusp of creating stronger, independent kids.”

And not only does it build resilient and independent children, it also gives parents more independence and freedom in the morning too, said Maxwell. “But we need supportive infrastructure to make that a reality.”

(Want to read more? Check out our other stories about active transportation in Waterloo Region.)