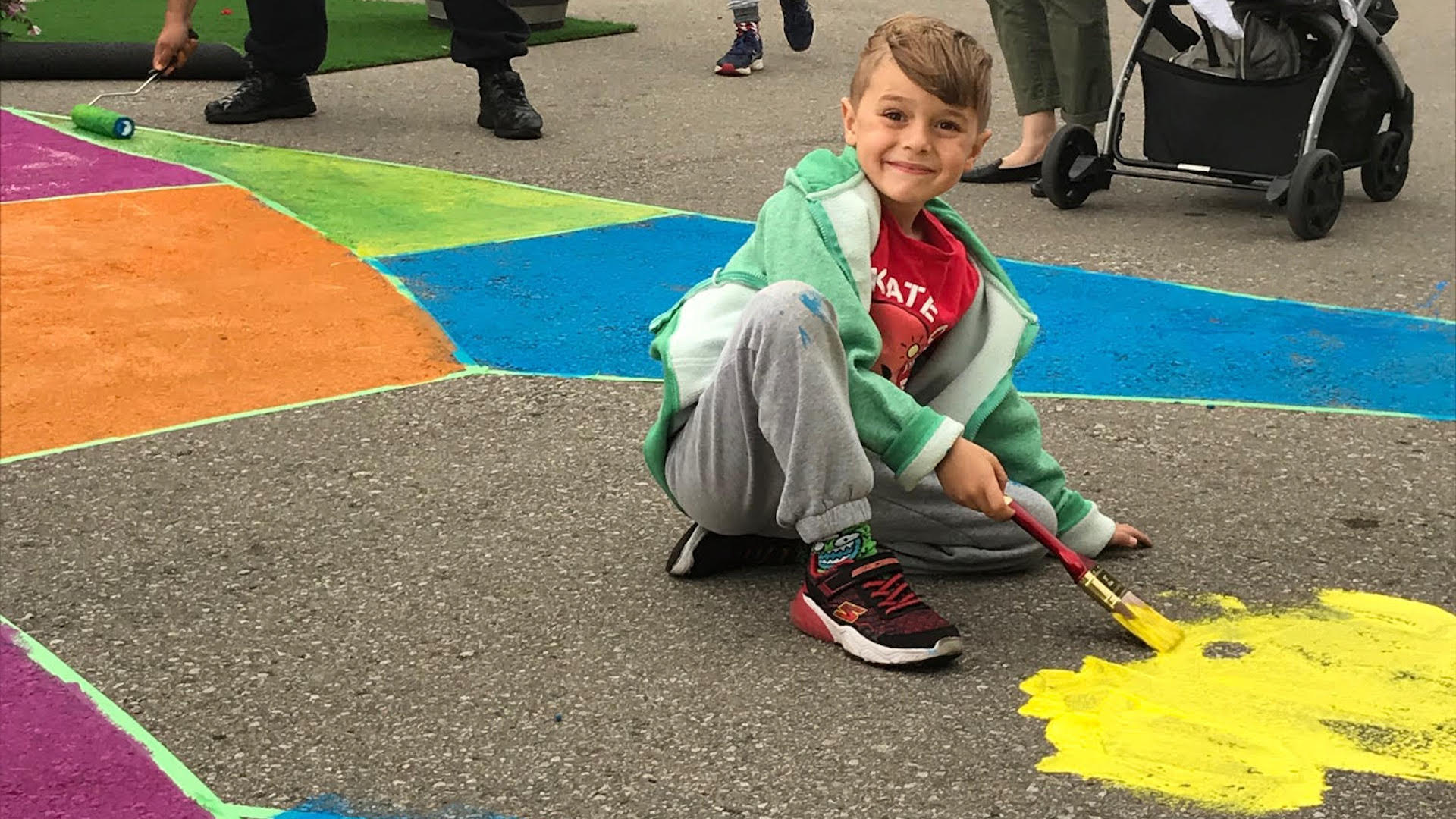 How to build an equitable city

Underneath Leslie Maxwell’s email signature is a quote by Bogota, Colombia mayor and urban design expert Enrique Penalosa: “If a city is good for children, it is good for everyone else.”

That’s the idea behind the City of Kitchener’s complete streets policy, which goes before the community and infrastructure committee Oct. 21.

Maxwell is not just an advocate of active transportation, it’s her career.

“It’s a weird time,” says Maxwell. “Families’ times are crunched and they want to drive their kids to school, but there’s no room for them to drive.”

As the school travel planning supervisor for Student Transportation Services of Waterloo Region (STSWR), Maxwell works to reduce traffic near schools and to encourage more active school transportation. That includes looking at urban design near schools in Waterloo Region and barriers that may prevent kids from walking there. Part of that involves looking at traffic hazards around schools.

Ironically, those traffic hazards are often parents who drive their kids to school rather than have them walk because they’re worried about their children navigating busy streets along the way.

“In the name of protection, we’re not giving kids the tools they need to protect themselves,” Maxwell says.

So her job has become as much about educating parents about the benefits of walking to school — and how safe it is.

Walking improves mental health and concentration (a 20-minute walk boosts concentration levels for up to four hours afterward). But it also gives kids confidence and independence.

Next month, STSWR is launching pedestrian skills sessions at up to 25 Waterloo Region schools. The sessions are aimed at third and fourth graders and touch on everything from how to safely cross a roundabout to how to safely cross a street mid-block when necessary. The 75-minute coaching sessions are as much for parents, who may feel as though they’re being “good parents” by driving their kids around to keep them safe, as they are for kids.

“Even ten extra cars off the road makes a big difference in front of a school,” says Maxwell.

A few weeks ago, STSWR partnered with a Kitchener neighbourhood to temporarily curb access to a private laneway shared by St. Daniel Catholic school, St. Anthony Daniel Church, and the Stanley Park Community Centre. Through-drivers often use the laneway as a shortcut to access Franklin Street North. The community painted two crosswalks to signal to drivers to watch for pedestrians, and added turf, planters, and tires to act as bollards, slowing traffic and giving kids a safe space to cross.

STSWR is now talking to the community about which of those features worked best and then plans to submit a request through the City of Kitchener’s Love My Hood program, which offers matching grants for community-led initiatives, to make some of the traffic calming features permanent.

Under the City of Kitchener’s complete streets policy, some of those features could become part of a street’s design before it’s even built. That’s because the policy is about putting pedestrians and cyclists at the centre of street design.

It isn’t a campaign against cars. It’s about thinking of everyone else.

“Here in Canada we’ve built such a car-centric world and when you walk around you do feel marginalized,” says Berry. “We’re smart enough that we can design streets for everyone and design streets in a more equitable way.”

For too long, cities have designed for vehicles at the cost of the environment, businesses, social cohesion, and people who can’t drive or choose not to.

Complete streets is about swinging the pendulum back toward the middle.

When we design streets with walkability in mind, what we’re really doing is creating an inclusive, connected community.

It’s about dropping the assumption that everyone in the region has — or can afford, or even wants — an automobile.

Kids don’t drive but they still deserve to navigate their way to school safely. They deserve to feel as though cities are designed for them too. That they belong here. They matter.

We need more women in science